Ademola Adeleke reveals how he builds up his multimillionaire business 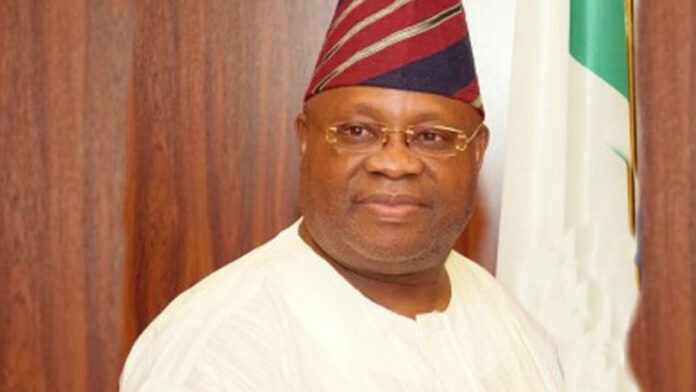 Ademola Adeleke, Nigerian businessman and an uncle to the musician, David Adeleke, aka Davido, has revealed that his success and wealth shocked his brother and friends, including Africa’s richest man, Aliko Dangote, as he never asked them for financial support. The Peoples Democratic Party (PDP) gubernatorial aspirant in Osun State, disclosed this in a statement released to reporters on Wednesday, stating that the people of the State need to know more about his work and businessbackground.

The statement reads: “I don’t like saying it but our people in Osun deserve to know more about my work and business background. I am what our people called a serial entrepreneur. The good thing is that I started those businesses on my own without any support from my family members. As a business-minded individual, I pushed hard to record successes that even shocked my brother and his friends. “When my brother and his friend, Alhaji Aliko visited my warehouse in the United States in one of those years, they were surprised at my activities. Both of them asked why I never briefed them of this business effort. I told them I wanted to show what I am capable of doing. “My company, Origin International Limited, which I co-founded with a friend was into production of fragrance and flavour for food and beauty industry. It was a thriving enterprise. I made a lot of money from the business. The business expanded so rapidly. “The business was a major break for me. It was also a pioneering effort. We penetrated several American markets. That manufacturing venture yielded a lot of returns. You know only a competent and smart people can successfully create and run business in the United States.

”That is not all. Prior to the manufacturing venture, I also started a Courier service firm that won a major courier contract then in the United States. It was a one man business. “My business acumen and skills ensured that the contract was awarded to my firm. I competed with a Whiteman to win. How can an incompetent hand compete and win a competitive contract against a white man?”