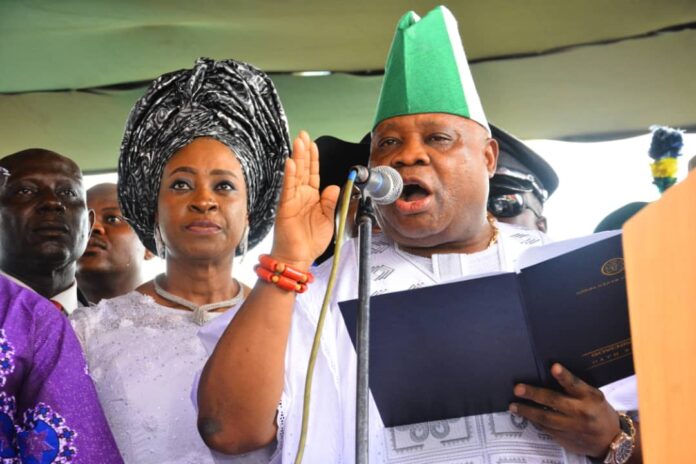 He has also frozen all government accounts and reversed the state’s name.

The new Governor made the decision in his inaugural speech as the Governor of the South-West State on Sunday, saying the move will be backed by the right orders.

The ‘Dancing Senator’ as he is called accused his predecessor Gboyega Oyetola of taking some malicious actions against him including the appointment of permanent secretaries.

Governor Adeleke thus, issued the following directives which will be backed up with appropriate Executive orders:

“An immediate reversal to the constitutionally recognised name of our state, Osun State. All government insignia, correspondences, and signages should henceforth reflect Osun State rather than State of Osun which is unknown to the Nigerian constitution.”

He won the Osun State governorship election in his second attempt. Adeleke lost to Oyetola in 2018.

Aside from this, he promised to serve the people of the state but admitted that the challenges ahead are “enormous”.

“As I accept the mantle of leadership entrusted upon me by the people of our dear state, I am conscious of the enormous challenges and responsibilities ahead of me and will begin from this hour workday and night with deep sense of purpose to be a servant to you all,” he said in the inaugural address.

“Our administration will demonstrate a high sense of urgency, transparency, justice, and innovation to tackle and solve the problems of poverty, illiteracy, disease, and poor infrastructure.”