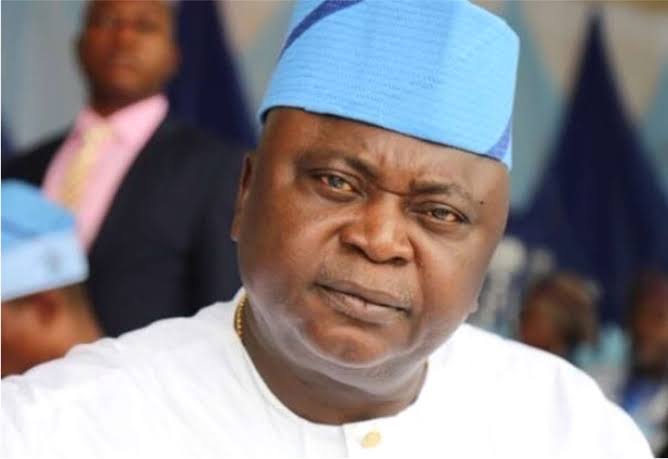 The All Progressives Congress in Ogun State has described as grand self-delusion, reports published by some news media that over 10,000 APC loyalists have defected to the PDP in Ogun State.

The party, in a rejoinder issued on Sunday and signed by its publicity secretary, Tunde Oladunjoye, described the Peoples Democratic Party in Ogun State as suffering from grand self-delusion.

The APC said that no notable member of the party joined PDP during the rally and the open appeal to some APC members to cross over to the PDP, “about seven months to general elections, showed that PDP is a mock-party that is not ready at all.”

The statement reads: “That the Peoples Democratic Party (PDP) held its much touted rally in Abeokuta last week without pomp and pageantry is no longer news, however, the report in some media that over 10,000 APC members crossed into the PDP smacks of grand illusion and delusion in the PDP as nothing of such ever happened.

“Recall that the PDP had boasted before the rally that the party would be joined by notable members of the ruling party, APC. At the end of the day, not a single notable member of APC crossed to the PDP. We challenge the PDP to name any, if indeed there was one.

“Rather, what we saw in the pictures and videos of the event was the factional gubernatorial candidate of the PDP, Hon. Ladi Adebutu, begging and prostrating that some of our members, including our senatorial candidate for Ogun East, Otunba Gbenga Daniel, should dump APC and move to the factionalized PDP in the state! the open appeal to some APC members to cross over to the PDP, about seven months to general elections, showed that PDP is a mock-party that is not ready at all.

“We would not have issued this clarification if it had been published in some other less known media. Our advice is that the factional candidate should first go and win the battle of his life for the gubernatorial ticket, which is currently in various state and federal high courts before coming out to deceive himself.

“We will not join issues with someone who is owing less than 50 staff of his farm several salaries in arrears but dreaming to govern Ogun State; someone whose family took away from him the family business he was managing, due to mismanagement. One who cannot manage a limited liability company successfully but dreaming to manage an enlightened state like Ogun State with about seven million people.

“The PDP and its “10,000” crowd of decampees, are like a farmer who has one ridge of yam but claims to have 100, when he finishes harvesting the real one he has, he will still harvest the non-existing 99.”