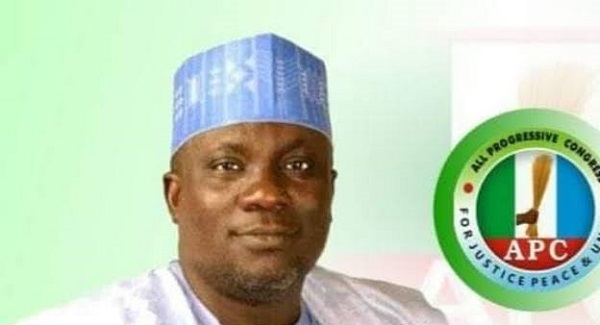 The embattled chairman of the All Progressives Congress, Ibrahim Bilal, has finally resigned from office few weeks after his purported impeachment by some members for the state working committee of the party in Adamawa State.

Though Bilal, however got reinstated by the court, a letter dated September 13, 2022, which had emanated from the office of the National Vice Chairman, North East, for the APC, Salihu Mustapha, conveyed the resignation of the embattled chairman. The terse statement signed by Salihu, also said Samaila Tadawus, Bilal’s deputy, is to assume position of the party’s acting chairman pending the ratification by the APC National Working Committee.

Bilal has yet to break his silence over his purported resignation and neither returned calls nor text messages sent to his phone as of the time of filing this report. However, the publicity secretary of the state chapter of the APC, Mohammed Abdullahi, on Friday, confirmed Bilal’s resignation to newsmen in Yola. He said the news about the alleged resignation of the party’s chairman was true.

A resignation letter, allegedly written by Bilal, on 13th September, and addressed to the National Chairman of the APC, through the North-East zonal vice chairman of the APC, said, ” While the APC constitution allows me to occupy the office (party chairman post) until 2026, I will be grateful, if I could cease from becoming the chairman of the party immediately.”
Bilal in the letter also apologised over his sudden resignation, while expressing his unalloyed commitment to the ideals of the party.

The PUNCH reports, that some aggrieved members of the party’s exco, had a fortnight ago passed a vote of no confidence on the chairman over alleged gross misconduct and immediately replaced him with his deputy Samaila Tadawus.

However, it was gathered that, Bilal’s sudden resignation may have resulted from pressure mounted on him by some influential members of the party, who pledged to offer him a soft landing in return, instead of prosecution since the charges against him bothered on fraud.