Abia PDP to kick off 2023 campaign 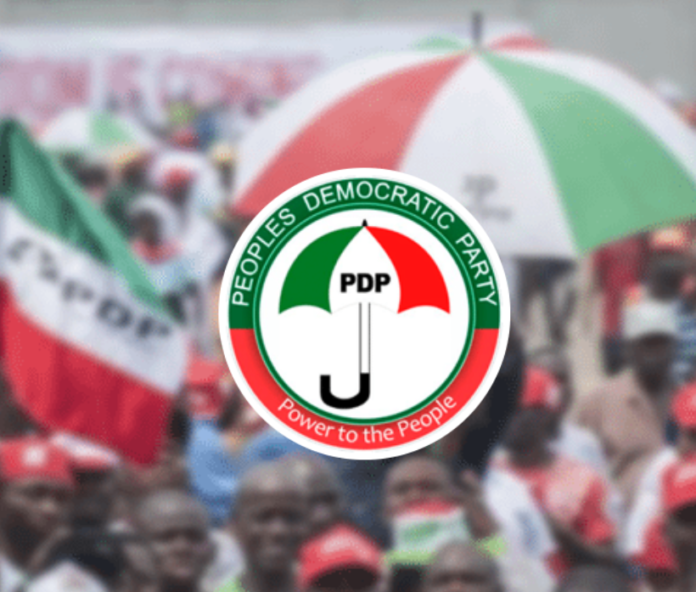 The Abia State chapter of the Peoples Democratic Party says it has concluded plans to begin its 2023 campaign in readiness to battle other political parties in state.

Briefing newsmen at the party Secretariat on Tuesday, the Abia PDP Vice Chairman/Acting State Publicity Secretary, Abraham Amah, said the inauguration ceremony was significant because it would provide an opportunity for the PDP-led government of Abia State to showcase its candidates.

Amah said, “It would provide an opportunity for the PDP-led government of Abia State to showcase its first eleven and the finest gentlemen it has assembled to rough it out with lilliputians from other mushroom political parties in the 2023 polls.

“It will also use the opportunity to present its visible scorecard based on the promises it made in 2015 and 2019, and also renew the promises which it would certainly fulfil”.

He added, “Knowing how appreciative Abians are, it is an article of faith for us that they will choose the PDP that rescued them from the shackles of poverty in the past seven years despite the economic decline foisted on them by the APC government at the centre, due to its inability to formulate sound economic policies for the growth and prosperity of Nigerians.”

“We also call on the PDP faithful to eschew politics of rancour, hatred, bitterness and mudslinging, just to teach the opposition that politics for us is not a do or die affair,” the party advised.

It is expected that the G5 PDP governors led by governor Nyesom Wike of Rivers State would grace the occasion where PDP governorship candidate, Prof. Uche Ikonne, and his running mate, Okey Igwe, would be presented to the state, as well as Governor Okezie Ikpeazu, who is the Senatorial candidate for Abia South zone, among others.