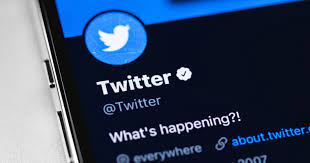 A new study conducted by Culture Intelligence from RED reveals that the majority of Nigerians believe there are political and economic risks to the current Twitter suspension by the federal government, and 81% would rather have the issue resolved quickly.

More than 39 million Nigerians have a Twitter account, according to NOI Polls, and many businesses use the platform to reach customers, expose their brands, and communicate with various stakeholders. To understand the issue and how it affects different audience segments, Culture Intelligence from RED engaged its national focus group on the suspension and its effects on their personal lives.

The group was almost equally divided about the use of Virtual Private Networks (VPN), with just 56% of Twitter users in the group explaining that they have downloaded one, while 44% either said they do not have a VPN or they will not use it. 81% agreed that they like Twitter, and would rather wait to see the issue resolved, 17% explained that there will always be another platform just like Twitter for Nigerians to use therefore the suspension should not be taken seriously.

According to NetBlocks, a watchdog organisation that tracks cyber-security and internet administration, Nigeria loses about N2.18 billion daily to the government’s decision. As of today, the country has lost up to N8.7billion. The suspension may also reduce opportunities for gig economy workers and data revenue for Nigerian telecom operators. With the decline in active Twitter users, people will spend less on internet data subscriptions, which will affect corporate earnings. With SME and ICT revenue poised to fall, plus a reduction in broadband penetration, it is reported that the country’s GDP could contract by 0.2% by the end of June 2021.

“The intense competition in consumer marketing means brands cannot ignore opportunities to gather insights and also engage the consumers directly while leveraging useful data,” said Olufisayo Osindehinde, a brand consultant. “Successful brands have to be ahead of the curve, especially by identifying their customer’s pain points and marketing challenges. Over the years, social media platforms have made these issues relatively easier to manage. But with the suspension, brands and organisations have to revisit and revise their marketing strategies, but it will not be that easy to get things back to normal, or even understand the right steps to communicate effectively – even for the customers too”.

On social media, many Nigerians have continued to compare the country to other despotic nations such as China, Iran, Turkmenistan, and North Korea. Just like Nigeria, millions of Chinese had to resort to VPNs to access China’s so-called Great Firewall blocks websites such as YouTube, Facebook, and its services like Instagram, including Netflix, WhatsApp, and Twitter. Content on Chinese websites is also heavily censored, particularly if it is deemed politically sensitive by Beijing — the same reason given by the Nigerian government.