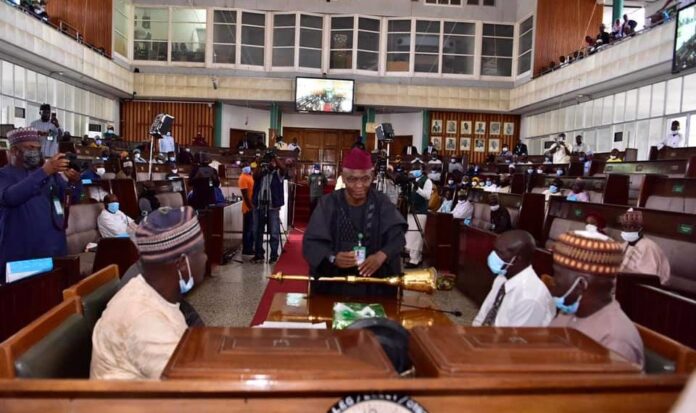 Between January and September, the Kaduna State Government spent N181.6 billion, or 64% of the N279.6 billion total budget that was amended for 2022.

This is stated in the Office of Accountant-Third General’s Quarter Budget Performance Report for 2022, which was created with the Planning and Budget Commission’s assistance.

According to the report, received by the News Agency of Nigeria (NAN) on Tuesday, reported that N117.5 billion of the total sum was spent on capital projects.

Regarding revenue, the report reveals that N188.4 billion in revenue was realized during the period, showing a revenue performance of 67.3% for the year, leaving a difference of N91.3 billion.

The report attributed the low IGR collection to incomplete shop construction in most of the marketplaces and the incomplete application of the new law on Development Levies.

The dismal performance was also attributed to other economic considerations, such as the high cost of land re-certification and delayed approvals for regularizing a number of undocumented layouts.

Additionally, the government’s portion of the Federation Allocation Account Committee got a total of N64.2 billion, or 77.1% of the N83.2 billion annual objective.

A total of N42.6 billion in capital receipts were obtained, which is a performance of 51.1% of the N83.6 billion annual objective.

According to the report, the global economic downturn, which has impacted both domestic and international donor partner financed programs, is to blame for the poor performance.

An additional study of the budget reveals that the Ministry of Finance had the best budget performance, with N34.1 billion, or 94% of the N36.3 billion allotted, leaving a N2.2 billion difference.

The Ministry for Public Works and Infrastructure came in second, spending N28.1 billion over the time period, or 86.8% of the N32.5 billion allotted to the sector.

The health sector came next, with a total of N22 billion spent out of the N38 billion allotted for the year, showing a 57.8% performance and leaving a N16 billion difference.

After spending N35.4 billion of the allocated N66.4 billion, the education sector lagged behind with a performance of 53.4%, leaving a difference of N30.9 billion.

Mr. Yusuf Goje, of the Coalition of Association for Leadership Peace Empowerment and Development (CALPED), commented on the situation and noted that the majority of the income targets were falling short of the benchmark of 75% in the third quarter.

Goje, the organization’s head of leadership, governance, and advocacy, emphasized that the low revenue generation has had an impact on both capital and recurrent expenditure, which were at 63.5 and 67.8 percent of total expenditures, respectively.

“This brought to the fore the issue of budget realism, which has remained an issue in Kaduna state where the annual budget is always above the recommendation of the Medium-Term Expenditure Framework.

“This is very unfortunate because we are not expecting a dramatic increase in spending in the 4th quarter because of the 2023 political activities that would distract the governance processes.

“This is a cause for concern because if we are not sure of generating the needed revenues to fully implement a N279.6 billion 2022 budget, how do we expect the 2023 budget of N370.3 billion will fare? he asked.

Describing revenues as a “critical component” of the budget circle, Goje advised the government to increase its taxpayers net and find creative ways to increase its revenue performance.

He explained that the government can leverage on the political campaigns and economic activities within this period to increase its revenue generation. (NAN)