World Bank: Petrol Subsidy Poses Existential Threat To Nigeria — It Should Be Removed 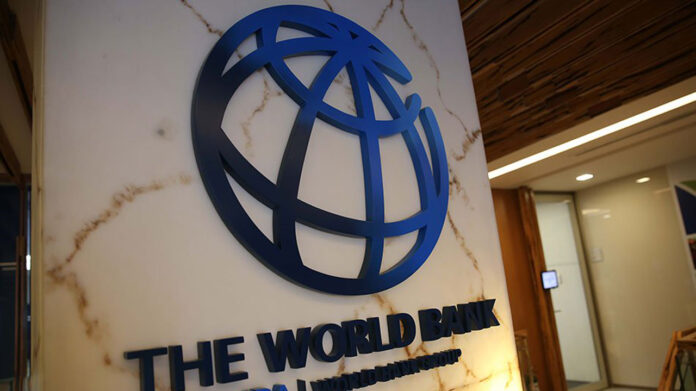 The event was organised by the Nigerian Economic Summit Group (NESG) on Wednesday.

Petrol subsidy claims amounted to N2.6 trillion in the first half of 2022 — a figure above crude oil sale receipts from the Nigerian National Petroleum Company (NNPC) Limited.

The federal government has projected to spend N6.7 trillion on petrol subsidy payments in 2023.

Awasthi said Nigeria is in an unfavourable economic situation due to dwindling revenue, the continued payment of trillions of naira on fuel subsidy by the government and the attendant economic challenges.

He maintained that Nigeria would have no choice but to get rid of subsidy eventually.

In a slide he shared during his presentation, which showed Nigeria’s Development Update (NDU), Awasthi said that between 2015 and 2019, Nigeria’s non-oil revenue was among the lowest in the world and as a result the second lowest in spending.

He said that the country’s oil revenue was also falling even when oil prices were higher.

“Nigeria has the largest economy in Africa and the largest country in Africa by population, so it is critical to Africa’s progress. There is no doubt about that,” Awasthi said.

“But the government of Nigeria, from the public finance perspective, is facing an existential threat. Let’s not downplay the situation. That is the actual reality.

“Nigeria is 115th out of 115 countries in terms of the average revenue to Gross Domestic Product ratio. Despite the oil prices rising the way they have been, net oil and gas revenues have been coming down because of the tremendous impact of the subsidy.

“So, what is going to happen in 2022? The federation’s revenues are going to be significantly lower. They are already very low, and Nigeria is already the lowest in the world out of 115 large countries and this year, it’s going to be lower than what it was in 2020 because of the debilitating impact of fuel subsidy.”

Speaking on how to tackle the impending threat, Awasthi said that in the non-oil sector, value-added tax (VAT) compliance gaps were immense and they needed to be breached.

He also said that tax expenditures should be rationalised.

The World Bank official further emphasised the need for technology deployment in tax administration and data sharing between the Federal Inland Revenue Service (FIRS) and the states’ internal revenue services to boost the revenue from personal income tax.