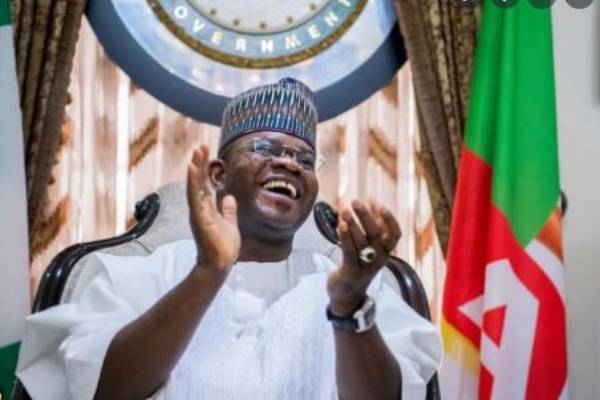 The World Bank has commended the Government of Kogi State on its 2020 audited financial statement, describing the financial report as a standard for transparency and accountability in the public sector.

The Bank made the commendation in a letter sent to the Accountant General of Kogi State, dated November 21, 2021.

SFTAS is a $750m programme to reward States for meeting any or all of nine indicators that demonstrate improvements in fiscal transparency, accountability and sustainability.

The nine indicators are an offshoot of the previous Fiscal Sustainability Plan of the Federal Government where States were to be rewarded for meeting up to 22 targets.

The World Bank had supported the Federal Government to incentivise the States to properly achieve the 22-point Fiscal Sustainability Plan, which has now been redesigned as the nine Disbursement Linked Indicators under SFTAS.

Others are improved procurement practices for increased transparency and value for money; strengthened public debt management and fiscal responsibility framework; improved clearance/reduction of the stock of domestic expenditure arrears; and improved debt sustainability.

The SFTAS programme is part of efforts of the Federal Government to further enhance the transparency and accountability in the use of public resources through the implementation of the Open Government Partnership, which Nigeria signed to in July 2016.

The World Bank in its letter to the Kogi State Government commended the state for preparing its audited financial statements in line with the accrual basis of the International Public Sector Accounting Standards.

It said, “We note that Kogi State Audited Financial Statements for the year ended December 31, 7020 has been uploaded on the state website as per the SFTAS’ eligibility criteria for FY21.

“The Financial Statements were prepared on IPSAS accrual basis and the Auditor General of the State has issued an Audit Certificate with an unqualified (clean) Audit opinion on the General-Purpose Financial Statement (GPFS) and a Special Opinion on SFTAS Program Expenditure Framework during the period.

“The Bank has reviewed the Audited Financial Statements, and it is found acceptable for SFTAS Program Fiduciary assurance requirements.”

The World Bank letter is coming about four months after it issued a letter commending Governor Yahaya Bello for good leadership and the refund of a $4.63million surpluses under the Nigeria Erosion and Watershed Management Project (NEWMAP).

In the letter of appreciation, titled, “Refund of Surplus Project Funds to the World Bank under the Nigeria Erosion and Watershed Management Project (NEWMAP) (IDA Credits: 62770, 62780)”, signed by its Regional Director, Shubham Chaudhuri, the Bretton Woods institution asserted that Bello’s action made it possible for the organisation to extend its projects to other states facing deficit funds and closing date of its projects.

The latest World Bank letter is also coming about a month after the Institute of Chartered Accountants of Nigeria (ICAN) acknowledged the improvement of Kogi State on its ICAN’S Novel Accountability Index (ICAN AI).

The institute said the State moved from 12th to 7th position in its 2019 assessments.

This was made known through the 56th President of the accounting body, Mrs. Comfort Eyitayo, during a visit to Governor Yahaya Bello.

She added that such improvement was worthy of note and signalled a better ranking in the future.

She noted that ICAN AI was a tool for assessing the three tiers of government on their level of adherence to best practices in public finance management while she appealed that Ministries, Agencies and Departments should continue to provide relevant documents for the forthcoming assessments.