Keyamo Should Keep Promoting Peter Obi Ahead Of Atiku – Adeyanju 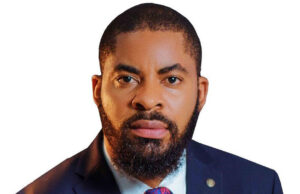 The convener of the Concerned Nigerian Movement, Deji Adeyanju has revealed why the Minister of State for Labour and Employment, Festus Keyamo will keep promoting the presidential candidate of the Labour Party, Peter Obi.

Adeyanju said it is a strategy by the All Progressives Congress (APC) to divide the opposition ahead of the 2023 general elections.

He further stated that APC might have an agenda to support the former Governor of Anambra State, especially in the South-East.

The activist stated this while reacting to Melaye’s comment against Keyamo on Saturday.

Melaye while reacting to Keyamo’s comment where he said Obi is more competent than Atiku, said the minister is acting under the influence of drugs.

Adeyanju in a series of posts on Twitter wrote, “If I’m Keyamo, I will keep saying Obi is more competent than Atiku to annoy Dino and even continue to promote Peter.

“The more APC promotes LP, the more they divide the opposition. They might have plans to fund LP, especially in SE. Politics is very simple to understand.

“Dino is so angry Keyamo said Obi is more competent than Atiku in that interview. Like I said yesterday, it’s a good strategy for APC to keep promoting Peter Obi. It’s a perfect strategy. It’s a win-win for the APC.”