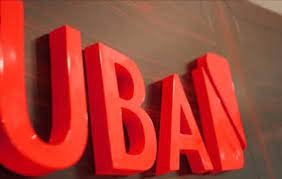 United Bank for Africa Plc has released its Q1 2022 financial result, which revealed a profit of N41.50 billion during the period. This reflects an 8.76% growth year on year.

The report revealed that in Q1 2022, Net interest income grew by 14.10% from N74.38 billion to N84.87 billion in the current period. UBA’s profit performance is on the back of all margin growth as income from interest, trading income and fees and commission income all appreciated year on year.

The Nigerian lender earned N125.08 billion from its lending business as Interest income grew by 15.18% from N108.59 billion.

Despite a 223% spike in loan losses, net operating income after impairments still appreciated by 16.33% to stand at N121.71 billion.

The bank, however, grew its net income from fees and commission rising 19.30% to N24.30 billion year on year.

Also, the bank generated a total of N14.96 billion in net trading and foreign exchange income representing a 42.89% growth year on year.

However, the bank also made Income from the disposal of property, dividends, rental, and cash handling, which raked in a total of N1.76 billion.

The bank’s Electronic banking income raked in N15.11 billion, representing a 21.04% increase from N12.48 million in Q1 2021, indicating that the bank has efficiently utilized its use of electronic banking channels to deliver financial services to its consumers.

United Bank for Africa Plc last traded at N8.10 per share and its market capitalization stands at N277.02 billion as of Tuesday, April 26, 2022. Year-to-date performance shows that the share price of the company has appreciated by 0.62%.

The bank recently paid a final dividend per share of N0.80 per share, to its eligible shareholders, for the period ended December 31, 2021. The dividend was paid to the shareholders on April 7, 2022.