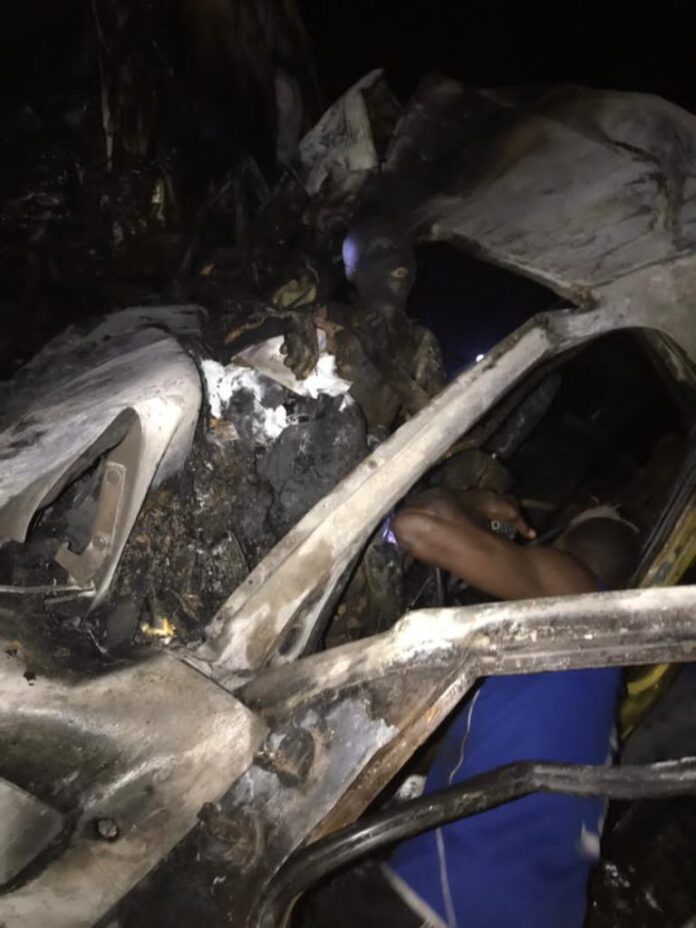 Four students of Idito high school, Erunmu ibadan, were on Monday 29th of March crushed to death by an articulate vehicle.

The incident which led to immediate pandemonium along Olodo Iwo road paralysed vehicular movement on the axis.

Students of the school and youths in the area got enraged by the sad incident and blocked the road to expressed their displeasure about the unfortunate incident.

Eyewitness account at the scene said that the 3 students were being transported on a motorcycle popularly called ‘okada’ when the driver of the articulate vehicle in an attempt to avoid hitting an animal by the roadside rammed into them, crushing all 3 students to death.

The deceased students and the okada rider were initially rescued by residents but gave up before medical attention could come their way.

The sad incident consequently led to agitation among the youths who decried incessant loss of lives on the highway.

Angry youths in the area have since set the truck ablaze and it razed down in rage.

In a bid to restore calmness to the area, officers of the Oyo State Police command, Operation Burst, Amotekun have however, been drafted to the scene to forestall breakdown of law and order in the area.