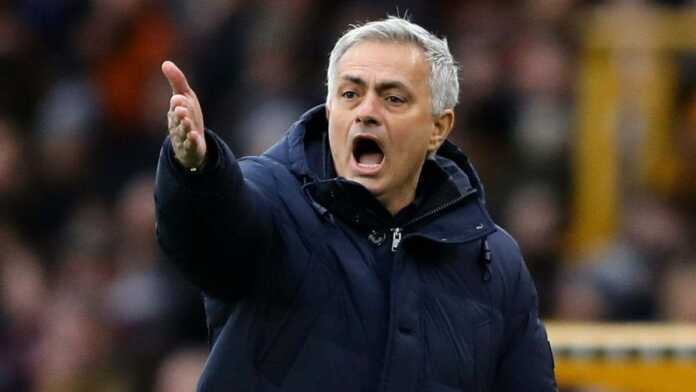 The Tottenham Hotspur FC coach, Jose Mourinho has been unexpectedly given a boot by his employers after just 17 months in charge.

Although, the management of the English top side has yet to officially communicate the decision to the public, Sky Sports broke the news of Mourinho’s exist just less than a week to Sunday’s Carabao Cup final against Manchester City.

The Portuguese tactician was fired alongside his coaching staff, including Joao Sacramento, Nuno Santos, Carlos Lalin, and Giovanni Cerra.

Already, there are possible replacements as speculations have trump up Ryan Mason and Chris Powell to take up a joint-interim role on a temporary basis with the search for a permanent replacement already underway.

Mourinho took over from Mauricio Pochettino as Tottenham manager in November 2019 and led the club to sixth in the English Premier League (EPL) during his first season in charge.

The outspoken coach has been under pressure at the club in the past few weeks after a disappointing series of results that culminated with the 2-2 draw against Everton at the weekend.

Spurs are currently seventh in the table and at the risk of missing out on a place in the top four (Champions League spots).