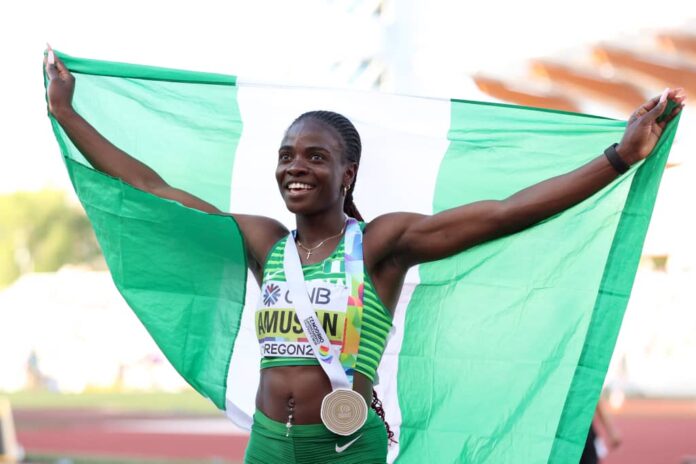 WORLD Champion Tobi Amusan Friday won the Semi-final Women’s 100m Hurdles at the ongoing 2022 Commonwealth Games, to qualify for the final on Sunday.

Running in lane three, Amusan raced to the finish line in 12.40s, ahead of her closest rival Michelle Jenneke of Australia in lane number five and three other contestants.

The final game is scheduled to take place at the Alexander Arena by 10:25 am.

Ese Brume has also qualified for the Long Jump Final, while Odunayo Adekuoroye will participate in the Quarter Finals of 57kg Wrestling.

Last year, Amusan qualified for the final race of the women’s 100 metres hurdles event at the 2020 Olympic Games in Tokyo, by winning semi-final 1 with a time of 12.62 seconds.

The 25-year-old Nigerian athlete amazed everyone, including herself two Sundays ago when she broke the record in the women’s 100 metres hurdles to win gold at the World Athletics Championship in Eugene, Oregon, in the United States.