The race to 2023 and needed conversations by Bamikole Omishore 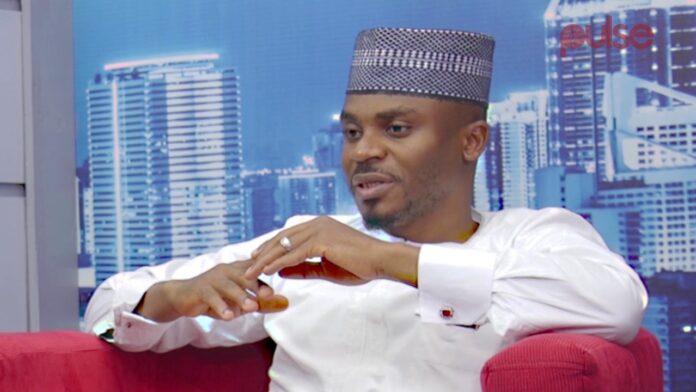 As 2023 approaches, the race for who will occupy different elective positions is getting heated. However covert it may be, the gladiators across political parties have began to put machinery in place.

Over the past few months, politicians have been granting interviews, making strategic statements to whip up sentiments or position themselves to run for offices either at state or federal level come 2023.

Sadly, 60 years after independence we are still dogged by concerns of muslim-muslim ticket, zoning and other mundane issues that have held us back for way too long.

As 2023 approaches, regardless of political affiliations, it is imperative that we set basic criteria which political parties must ensure their candidates meet before fielding them for an elective office.

In the last electoral cycle, we saw inconclusive elections; candidates who were disqualified for presenting fake credentials; elected officials who spent more time on the sick bed than in office, and a candidate who came 4th in an election declared winner by the courts. To avoid this national and international embarrassment going forward, it is important that the National Assembly immediately pass the Electoral Act Amendment Bill pending before it. This will give INEC the needed backing to implement necessary changes before the 2023 elections.

During the #EndSARS protests, we witnessed the ingenious capacity of the Nigerian youth and women; it is important that this energy be channelled into mobilising and driving change. It is not just enough to tweet, post on Instagram and clubhouse, and expect to conversate our way into power. Concerned Nigerians and young people must make strategic moves that will give them a seat at the table. Not just as SAs, PAs or any supporting role in government, but at the decision-making table — in the positions of party chairmen, President, Vice President, Governor and deputy Governors, ministers, etc.

In previous elections, we saw the military and the police get involved in electoral matters, and it is important that as a nation, we spell it out clearly what the roles of law enforcement agencies are, as they relate to our elections.

Our international partners need to start doing more than issuing empty threats that have little or no effect on keeping the political players accountable.

It is time to name, shame and bar those who violate electoral norms and betray the tenets of our democracy. Until this is done, “bodybag statements” will continue to be regular electoral statements.

President Buhari will not be on the ballot come 2023 unless the constitution is changed. Even if he anoints a candidate and deploys the apparatus of the federal government, it will not be an easy ride. The credibility of the election will depend largely on the type of legacy President Buhari wants to leave behind.

The importance of major parties having a wing within their party to do credential vetting and opposition research cannot be overstated. It will be better for candidates to get disqualified at party primaries level than to be publicly shamed and disqualified, jeopardising the entire votes — a case to note is what happened in Bayelsa state in the 2019 governorship election.

The importance of transparent and reputable primary elections cannot be overstated. We have seen legal pyrotechnics here and there; cases dragging on for long over candidates who feel short-changed in primary elections. We have also witnessed cases of outright imposition, meddlesomeness of party leaders in primaries.

Parties must become serious about the inclusion of women on the ballot because Nigeria is ripe for an elected female president, VP, Governor and Deputy Governor. Political parties must take inclusion and diversity very seriously.

Nigerians in diaspora remit billions of dollars to Nigeria, so they must start to shape the conversations on who emerges at different levels. Until that is done, we will continue to see cases like the deputy speaker saying Nigerians living abroad have no business petitioning the federal house of representatives.

Apart from what the constitution has listed as the requirements for participating in an election, it is important that political parties go a step further in levelling the playing field.

The parties and candidates must evolve to proving themselves based on past accomplishments and tangible results in various positions. Tax payment receipts, publicly available asset declaration, independent medical test, independent physical and physiological tests; all academic records must be verified; economic ideology, their policy positions on tackling unemployment, and sundry issues such as job creation being private sector driven or government influenced. Position on local government automony, past statements and position on restructuring; how they feel about fintech, growing the middle class, upgrading our infrastructure, securing the lives of Nigerians across all regions and a myriad of other issues.

Restructuring has been a hot topic in the national discourse. Nigerians must demand to see a roadmap from any presidential candidate on how this will be handled. We must jettison political correctness and address the issues head on.

These conversations, I believe, we must have now and devoid of sentiments, if we are serious about Nigeria moving forward in 2023