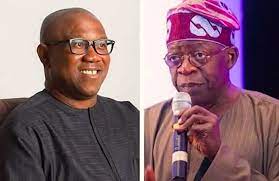 The Peter Obi Support Network on Thursday described the purported talks between the presidential candidate of the All Progressives Congress, Bola Tinubu, and the leadership of the Academic Staff Union of Universities towards ending the union’s protracted strike, as a campaign stunt.

The POSN warned ASUU not to allow itself to be used as political mercenaries by the APC, by refusing to attend any further meetings or allow the APC presidential candidate to broker any kind of truce between the union and the Federal Government.

The organisation advised Tinubu to schedule meetings with the President, Major General Muhamamdu Buhari (retd.), to end the lecturer’s strike and not with the ASUU.

The Deputy Director of Communications of the POSN, Adegbite Adekunle, said this in a statement issued in Abuja

According to him, the purported talks with ASUU to end the strike “is a campaign stunt by the scandal-prone APC candidate that is designed for failure, adding that Tinubu should be holding meetings with Buhari to end the lecturer’s strike and not with the ASUU.

The group said, “Nigerian Universities have been on lockdown for more than two years since the beginning of the COVID-19 pandemic. Nigerians are afraid that their students will continue the stay-at-home pandemic unless the ruling party is kicked out of government.

“With this development, the APC further establishes that it does not view anything as sacred in its quest to retain power, including, the endangerment of the academic future of our youths and trammelling the professional potentials of our scholars.