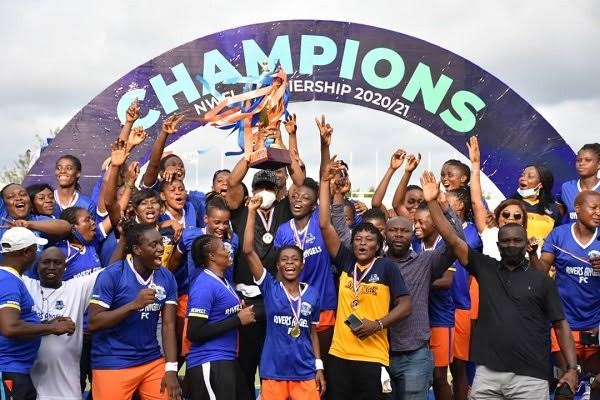 Rivers Angels has once again emerged as the Nigeria Women’s Premier League title decided on Sunday at the Dipo Dina Stadium, Ijebu-Ode.

The Rivers Angels in a well deserved victory walloped rch-rival Sunshine Queens 4-0, to defend the title won in 2019/2020 season.

The Jewels of Rivers had eight points from four matches in the round-robin tournament, while Sunshine accrued seven points from the same number of games.