Restructuring and the 1963 Constitution 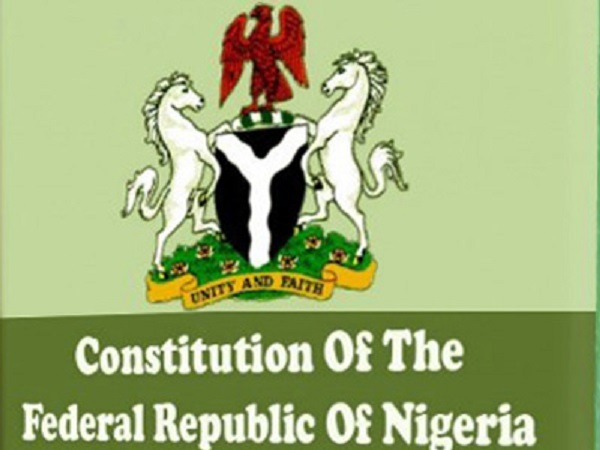 Funny how we hardly reach any cross-ethnic consensus in this country, but the campaign for a return to the 1963 Constitution — increasingly becoming the backbone of the “restructuring” agenda — seems popular in southern Nigeria and Benue state. The core argument is that we need to return to regionalism: every region should control its natural resources, take 50 percent derivation, run local councils and create state police “as provided for under the 1963 Constitution”. The 1999 Constitution, according to the #BringBack1963Constitution movement, is a glorified military document fit only to be used to wrap suya and sliced onions or roasted plantain and peanuts.

I have to admit upfront that a rational debate is difficult under this toxic atmosphere. Opinions are mostly settled along ethno-religious lines. It will be awfully problematic to have a dispassionate dialogue. To the typical southerner, northerners have been implementing an agenda of total domination as the structure of the country is eternally skewed in their favour. To the typical northerner, the structure is a fair reflection of our socio-economic and political demographics and southerners are only allowing pride and prejudice to colour their reasoning. With these entrenched mindsets on both sides, we cannot expect to have a decent discourse, much less reach a consensus.

The loudest voices in the room are demanding a return to the 1963 Constitution for several reasons. One, it is widely claimed that the constitution granted resource control to the regions. Two, it is said that the constitution granted 50 percent derivation. Three, it is believed that the 50 percent derivation allowed the regions to compete and that was why Nigeria made progress then, compared to now. Four, it is argued that the 1999 Constitution, under which we currently operate, is a terrible piece of work foisted on the country by the military. There are many other reasons being advanced by the #BringBack1963Constitution movement which I cannot capture in this little space.

For us to have a healthy and honest debate, we need to stick to the facts. We can then apply logic to the cold facts. To start with, it is incorrect to say the 1963 Constitution granted resource control to the regions. In fact, Item 25 of Part I under Section 69 of the Schedule of the constitution clearly placed “mines and minerals, including oilfields, oil mining, geological surveys and natural gas” on the Exclusive Legislative List — under the federal government. This was a word-for-word retention of Item 25 (Part I) under Chapter XI of the 1960 constitution, bequeathed to us by the British colonial masters. It was repeated as Item 36 (Part I) of the Second Schedule in 1979 and Item 39 in 1999.

More importantly, was derivation payment actually 50 per cent under the 1963 Constitution? Section 140, titled “Mining Royalties and Rents”, stated thus: “(1) There shall be paid by the Federation to each Region a sum equal to fifty per cent of (a) the proceeds of any ROYALTY (emphasis mine) received by the Federation in respect of any minerals extracted in that Region; and (b) any mining RENTS (my emphasis again) derived by the Federation during that year from within that Region.” This is a direct replication of Section 134 of the 1960 Constitution. I wrote an article in 2017 making an argument that the 1963 Constitution granted 50 percent derivation on minerals.

In contrast, he argued, Section 162 (2) of the 1999 Constitution says that “the principle of derivation shall be constantly reflected in any approved formula as being not less than thirteen per cent of the REVENUE (my emphasis) accruing to the Federation Account DIRECTLY (mine, again) from any natural resources”. The professor’s core argument is that the 13 percent from “revenue” in the 1999 Constitution is higher than the 50 percent on “royalties and rents” in the 1963 Constitution. If he is correct, that means the much-derided 1999 Constitution is the only document in the history of Nigeria that grants derivation directly on revenue, as opposed to just the mining rents and royalties.

While I could not counter him, I am also aware of certain things. When the 50 percent provision was made in 1960, we did not have the kind of expansive oil taxation arrangement in place today. Royalty, a fixed sum paid by companies for mining a mineral, is just one handle. Oil companies now pay the following: signature bonus, after winning the rights to a block; 85 percent petroleum profit tax; two percent profit education tax; local content levy; and export supervision scheme levy of 0.5 percent on volume. In addition, the biggest source of oil revenue today is from the sale of Nigeria’s share of joint-venture crude production and profit oil from the production sharing contracts.

The 1963 movement has also successfully sold the idea that “regionalism” and “50 percent derivation” made the regions “compete” in the first republic. This is urban legend. True, Western Nigeria earned its biggest revenues from cocoa, Eastern Nigeria from palm produce and Northern Nigeria from groundnuts, but the 50 percent derivation on “rents and royalties” did not apply to agricultural produce. Agricultural revenue was not paid into the federation account. It was between the farmers and the regional governments. And, yes, this is retained in the 1999 Constitution. Osun and Ondo are into cocoa. Ebonyi and Kebbi are into rice. No constitution has stopped them.

There is also this obsession with regionalism — that we should restructure to six regions to allow for “competition” and reduce “cost of governance”. We had three regions that “competed” in the first republic. So, we should now reduce 36 states to six regions so that we can compete again. That means we should bring Tiv from Benue together with Fulani from Nasarawa in the north-central region and under one governor? Jokes? The over 50 ethnic groups in the south-south should come under one governor? Abia, Anambra, Ebonyi, Enugu and Imo should become one state when Nd’Igbo are actually asking for an extra state? Do these 1963 campaigners listen to themselves at all?

Meanwhile, the 36 states are allowed to “compete” by the 1999 Constitution. Abia styles itself as the “SME capital of Nigeria”. Cross River says it is Nigeria’s best tourist destination. Must competition be among only six regions when 36 states can play the game? If not that we tie viability to FAAC, all states are viable — if the leadership is right. As an aside, under the 1999 Constitution, aviation is on the exclusive list but Anambra has just inaugurated its airport. Akwa Ibom has Ibom Air. Lagos, Delta and Akwa Ibom states invested in Econet in 2001. If they had not sold off their shares, they would be earning billions today at a time FAAC revenue is low. But we prefer to blame the 1999 Constitution.

I want to be clear on something: Nigerians have the right to keep looking for how to enjoy good governance and development. However, this is an exercise that must approached with facts and rigour, not just parroting the “received wisdom” being perpetrated from one generation to another. If the 1963 Constitution gave us Eldorado, why was the first republic overthrown? Read the coup speech of Major Chukwuma Nzeogwu and you would think he wrote it early this morning. I understand the nostalgia about the first republic, but the assumptions are simplistic. We had some visionary, competent and patriotic leaders but some think it was the constitution that did the work.