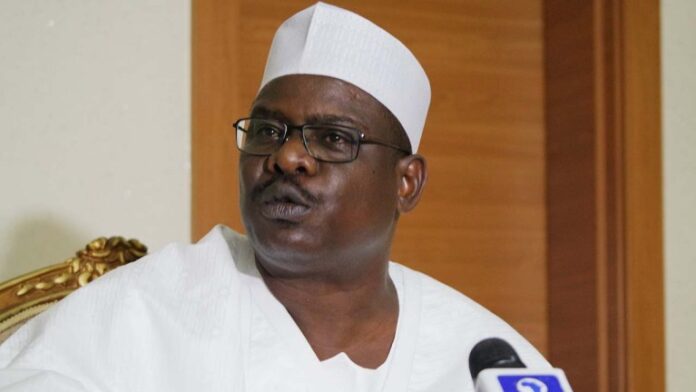 A former Senate Majority leader, Sen. Ali Ndume has alleged that political elites and other leaders were masterminding the ethnic tension in the country.

The former Senate Majority leader stated this on Thursday at the Nigeria Union of Journalists (NUJ) Correspondence Chapel, Abuja, where he served as Chairman and Ortom was the guest speaker.

He said the political class, especially the President and governors, seldom fight openly, but pitch the people against themselves.

About 11 soldiers were killed in Benue and as I speak, not one person has been arrested. Instead, Ortom is telling us that the perpetrator will be brought to justice. Let me tell the governor and other elected leaders that they will account for those killed in their states,” Ndume said.

Speaking at the event, Ortom said revealed that armed bandits are currently operating in at least 24 out of 36 states of the federation and the FCT.

“At least, 24 out of 36 States of Nigeria now have serious farmers and herdsmen crisis involving killings. Without ranching laws, herdsmen may soon be at every doorstep and that this will compromise farming and food security across the country.

Herdsmen attacks on farmers will only end when open grazing is completely eliminated. Many countries in the world including those in Africa have embraced ranching,” Ortom said.