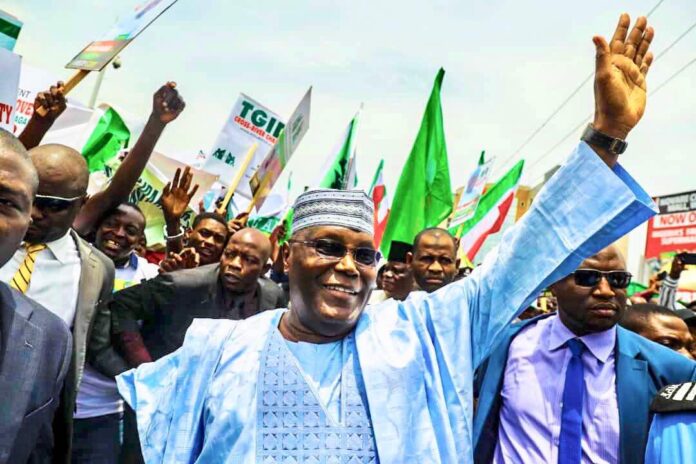 The Presidential Campaign Train of the Peoples Democratic Party would be making a stop in Edo State on Saturday to continue its campaign for the presidential candidate of the party, Atiku Abubakar.

The PDP bigwigs are expected to be at the rally which holds 10 am with all elected governors on the platform of the party invited.

The Director-General, Atiku Presidential Campaign, Governor Aminu Tambuwal, disclosed this in an invite obtained by newsmen on Thursday.

The venue for the event is the Samuel Ogbemudia Stadium in Benin city Edo state.

This newspaper recalls that the presidential rally of the PDP held in Kaduna on Monday was attacked by some suspected thugs with the Atiku calling on the President Muhammadu Buhari, to wade in, into the situation.