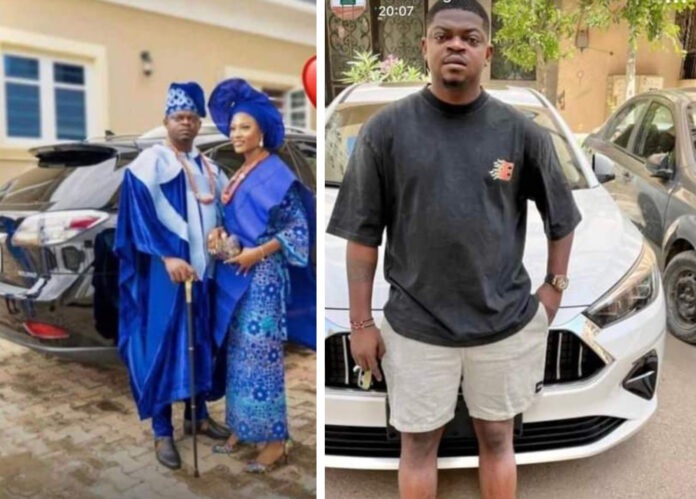 Ifeoluwa, wife of Bolu Bamidele who died after the woman set him ablaze on Tuesday in Osogbo, Osun State, for allegedly having a child out of wedlock, has died by suicide.

Ifeoluwa, whose remains have been deposited in the mortuary of the Our Lady of Fatima Catholic Hospital, Jaleyemi, Osogbo, was alleged to have consumed a poisonous substance and killed herself so as to avoid facing the legal penalty for killing her husband.

It was gathered that the woman fled to Ilesha after killing her husband on Tuesday and then contacted some lawyers to help her case.

However, it was learnt that on getting to the address given to them, the lawyers were handed a letter by the woman who suddenly collapsed and died as a result of poison she was suspected to have consumed.

The lawyers were said to have reported the case to the divisional police station in Ilesha after which her corpse was deposited at Jaleyemi hospital, Osogbo.

One of the hospital workers told newsmen that the woman was brought dead to the hospital and her remains had been deposited at the hospital’s morgue.

Ifeoluwa had attacked and caused the death of her husband, Bolu Bamidele, on Tuesday, on the allegation that he had a child out of wedlock.

The deceased, said to be a Cairo, Egypt-based businessman, had reportedly returned unannounced to Nigeria to surprise his wife and celebrate her birthday.

He was, however, slapped by the woman who accused him of being unfaithful to their marriage to the extent of having a child outside the union.

The development was said to have degenerated into an argument between the couple who engaged themselves in a war of words.

It was gathered that the woman regarded her husband’s decision to allow her access to his phone as proof that he was cheating on her.

She was said to have locked her husband inside the house and set him ablaze.

It was learnt that it took the couple’s neighbours hours before they could gain access into the house and rescue the man because of the burglary proof at the entrance and windows of the house.

The woman, it was gathered, immediately fled the scene to an unknown location which caused the state police command to launch a manhunt for her.
Bolu Bamidele was said to have been rushed to a nearby hospital and died the following day at the University College Hospital (UCH), Ibadan.

The state Police Public Relations Officer, Yemisi Opatola, confirmed Ifeoluwa’s death, saying she was the one that facilitated the conveyance of her corpse to the mortuary.