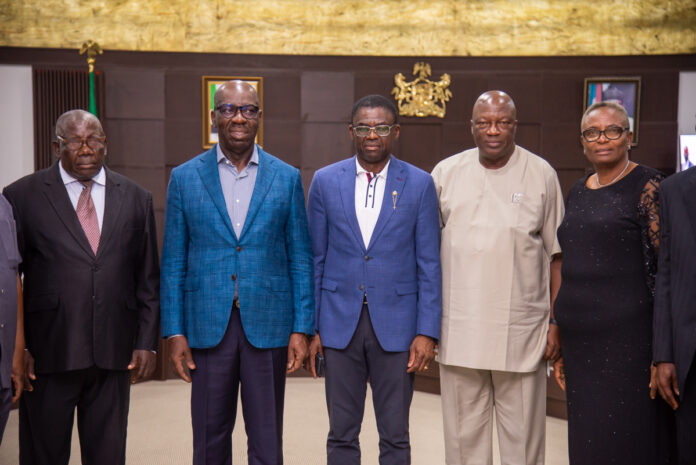 The governor, during the swearing-in at the Government House, Benin City, charged the commission to be neutral in the conduct of the council poll, ensuring that the electoral process is free, fair and transparent.

Obaseki noted, “This newly constituted commission has the task of midwifing a new democratic dispensation at the local councils so that we can deepen the dividends of democracy and bring government closer to our people.

“We, as government, are very sensitive to the role of the electoral empire because we are beneficiaries of a free and fair process and having benefited from a free process, are fully committed to ensuring that others have the same privilege and benefits that we enjoyed, which brought us into power.”

He continued: “With the improvements in the electoral process in the state, we hope to conduct a local government election that will be seen as credible and acceptable by the generality of our people. As a government, we will support you to ensure that you deliver on your mandate.

“We have gone through a diligent and thorough process in selecting you; your records speak for themselves and therefore, I have no doubt in my mind that you have what it takes to succeed in this assignment.”

“I want to appeal to all the political leaders and actors to play plain so that our people can choose those who will lead them because it is only when we have the right people managing the affairs of the state that we can engender sustainable development,” the governor noted.

In his remarks, Justice Oyomire, thanked the governor for finding them worthy for the appointment, pledging that the committee will carry out its duty diligently in the interest of the people of Edo State.