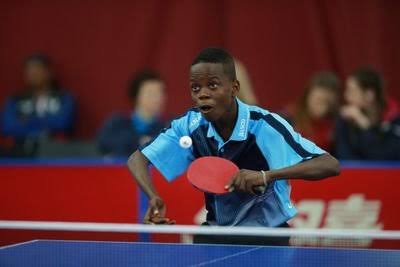 The Nigeria Table Tennis Federation (NTTF) has set aside the sum of N4.5 million for the 2021 national championships.

The prize money was announced in a statement shared by the federation on Sunday.

The competition is scheduled to hold between May 18 to 22 at the Molade Okoya-Thomas Hall of Teslim Balogun Stadium.

The prize money for the five-day tournament will be broken down to include all the 12 events to be contested by the players in the cadet, U-21, men, women, and veteran divisions.

Quarter-finalists in each of the events will be rewarded with a minimum of N50,000 each.

Fatimo Bello, who is in a blistering form having finished top at both Edo 2020 and Aso Championship, vowed to continue her dominance on the women division.

“We are coming to Lagos to give our very best again because I must remain on top of my game as there are no pushovers in the game again. Everybody wants to become champion but it is a bit tougher to remain on top,” she said.

On his part, John Peters, the referee for the competition, assured of the fierce contest between the old guards and new ones.

“I must tell you that new players are emerging especially at junior level as players from Kwara and Ogun are on top of their game and they are ready to dethrone former champions,” Peters said.

“I am hopeful that it will be explosive in Lagos as more players have confirmed their intention to be part of the show in Lagos.”