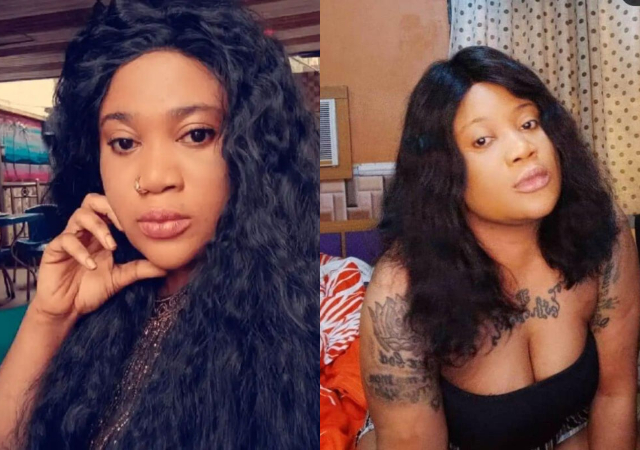 It is reported that a Nollywood actor, known as Esther Nwachukwu, had died after she took her own life by committing suicide after drinking a poisonous substance.

The story of her death was shared on her Instagram story on Friday evening and was later deleted, with the post urging her followers to pray for her soul and her mother who is currently sick.

According to her cousin, Ifeoma Nwachukwu, who has access to the deceased IG account confirmed the news of her death and in a chat, she was asked if she was just clout-chasing with Esther’s death and she answered that she cannot joke with death and that the actress died as a result of the poison she drank, with a check on her Instagram page revealing that Nwachukwu last visited her social media on the 20th August.

Esther Nwachukwu is known for her controversial lifestyle, being linked with fellow actor, Junior Pope, whose name she tattooed on her body, as she accused the actor of sleeping with her. She is said to have dragged the actor’s wife, Jennifer Awele, after she blocked her for tattooing her husband’s name on her body.