Nollywood actress calls out NIFS, others for snubbing her 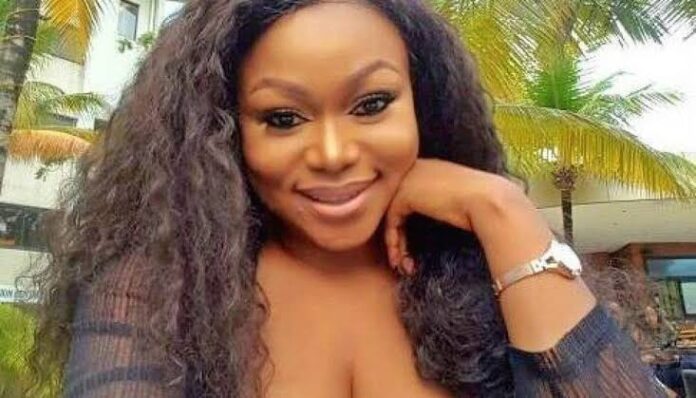 Nollywood actress and filmmaker, Ruth Kadiri, has called out the Nigerian International Film Summit for not recognising her at the Eko Star Film and TV Awards.

Kadiri took to her Instagram page: @ruthkadiri, on Tuesday to call out the organisers of the award for snubbing her and her work.

She said she was overlooked and not given an award in spite of her hard work in the film industry.

She wrote: “I am a filmmaker.
“I am a woman.
“I am a hard-working woman.
“I have faced the struggles every woman/filmmaker has faced.

“Did my name at any point pop up?
“Yes.
“But because I do not belong to a clique, yet again I have been overlooked.”

The young mother of one also called out @lagosstategovt, @moabudu and @ijayonah for neglecting her.

Kadiri, however, urged them to do things the right way in the film industry as she would keep working hard and not give in to pressure.

She wrote: “I will not be pressured.

“I will keep working hard.

“The film industry is controlled by women, so if you’re going to do it, do it right or don’t do it at all.”

The Eko Star Film and TV Awards was organised by the Nigerian International Film Summit in conjunction with the Lagos State Ministry of Culture and Tourism and Ebony Life Place.

The event was part of the Eko tourism, art and culture series.

The event, which held at the Ebony Life Place, recognised talented female actresses who had contributed to the growth of the industry.

Nollywood icons such as Sola Sobowale, Omotola Jalade-Ekeinde, Uche Jumbo, Nse Ikpe-Etim, Uche Nancy, Chioma Ude and Funke Akindele-Bello among others were awarded at the event.

Kadiri is an award-winning Nigerian actress, scriptwriter and film producer.

She is the CEO/Founder of Ruthkolors, an online hair store, and Ruth Kadiri Films