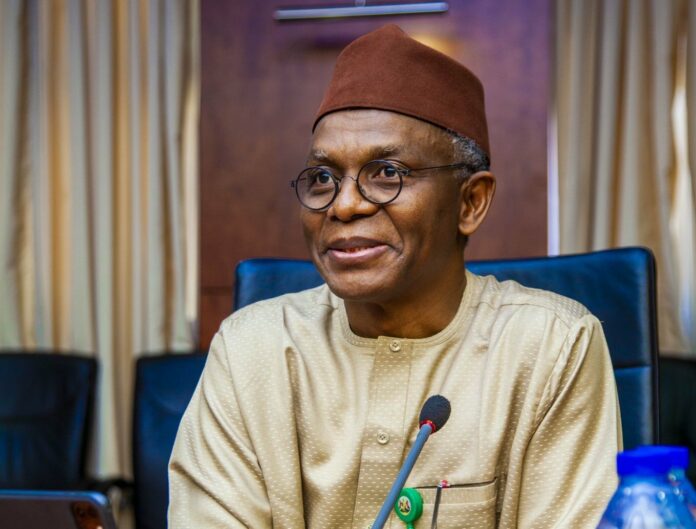 Nasir El-Rufai, governor of Kaduna State, declared on Friday that young people and entrepreneurs holds the key to the nation’s future and that as a result, they needed to develop future-ready skills.

El-Rufai made the remarks while inaugurating the FalGates Rice Mill, which he said was the largest in the country, adding that it was the efforts of a young Nigerian entrepreneur.

“What the young entrepreneur did is an evidence of what the young people are doing to take over the future,” the governor said.

The governor, who was accompanied by the Deputy Governor, Dr Hadiza Balarabe, and senior government officials to the inauguration pf FaLGates Rice Mil, praised the proprietor, 32-year-old Sadiq Falalu, for investing in the state.

El-Rufai noted that the rice mill was not just the largest in the state but the entire of Nigeria.

The inauguration of FaLGates, a N2.5billion Agric and Agro-Allied company located at Sobawa, Rigachikun, was part of the events lined up for the 7th edition of Kaduna Economic and Investment Summit(KadInvest 7.0)

Speaking at the event, the proprietor of FaLGates recalled that the journey of setting up the rice mill started in 2016, when he approached the Kaduna Investment Promotion Agency for land allocation.

Sadiq thanked the Governor for approving the company’s land application and for providing all the aftercare services rendered by the state government through the KADIPA, Kaduna Geographic Information Service as well as the Kaduna State Urban Planning and Development Authority, and the Ministry of Business, Innovation and Technology.

According to him, FaLGates employs over 400 people and has created 1,000 indirect jobs, adding that it has built a school for the Sobawa community with over 50 students.

The FaLGates boss, while appreciating the state government for supporting the project by providing land where the mill was situated, said, “We have also created military post to be donated to security operatives to man security in the area.”

El-Rufai said AFEX would help farmers in the state in the preparation of farm produce, cleaning and logistics, as well as getting market.

The governor said such an investment would make Nigeria a food-secure country.