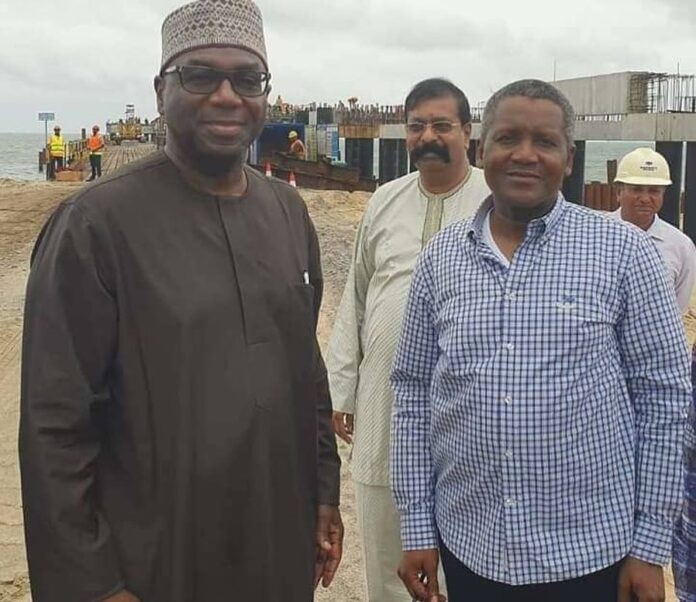 ALIKO Dangote Foundation, on Wednesday, empowered a total of 16,000 women in the 16 Local Government Areas of Kwara State. Each of the women was given N10,000 each, to help boost their petty trade and also start new businesses.

In all, a total of N160,000 million was given to the rural women in a funfair event, held in Moro Local Government area of Kwara State.

Deputy Governor of the state, who stood in for the Governor, Abdulraham Abdulrasaq, lauded the ADF empowerment programme and described it as part of the key economic tools needed to boost the socio-economic activities of the rural areas, and ultimately the state.

A statement from the Dangote Group quoted him as saying, “This Aliko Dangote Foundation empowerment programme will impact positively on the socio-economic activity of our state. We are so pleased and cannot thank Aliko Dangote enough.

“We don’t want people to come and unnecessarily populate the urban areas, we want to encourage people to stay in the rural areas and add value to their lives and also to the state economy. This indeed is a noble gesture.”

Dangote’s Group Executive Director, Government and Strategic Relations, Ahmed Mansur, who represented Aliko Dangote said, “To Aliko Dangote, whom much is given, much is expected. Dangote is being blessed by Allah and he enjoys sharing some of his blessings with the people around him.

“This investment in the rural areas will circulate well in this rural areas and also boost the economy of the state eventually. We are going to do this in all the local governments in Nigeria.”

In the same vein, the Managing Director and Chief executive, ADF, Zouera Youssoufou, explained that the empowerment programme was an ongoing activity of the Foundation and that while some local governments had been covered already, rural women in the local governments, across the country would benefit from this gesture from Aliko Dangote.

She said, “The focus is on women because we all need to note that once you support a woman, you are supporting the whole family and the multiplier effect of that will be very great. We have done several states in the past and today, we are also doing for kwara, empowering 1,000 women for each of the 16 councils in Kwara.

“Each of the women gets 10,000, to be disbursed immediately and concluded within the next three weeks all across the state.”

Recall that the same ADF recently launched a major philanthropic programme in Zamfara State, doling out food items running into several millions of naira to support victims of insurgency.

The farmers-herders clash and sporadic attacks by cattle rustlers have displaced thousands, many of whom are currently seeking refuge at Maradun Local Government Area of the State.