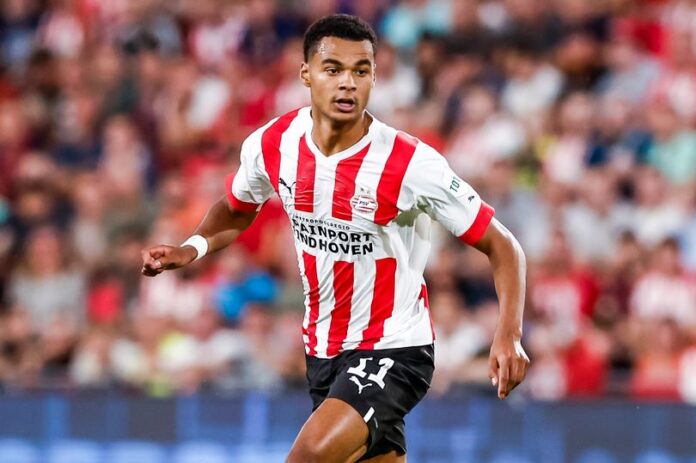 It’s been a frustrating summer for United boss ten Hag as although the club have managed to land three new signings, they’ve struggled to secure other targets – namely Barcelona midfielder Frenkie de Jong.

The Manchester giants haven’t given up hope of signing the Dutchman but they know they also need to strengthen other areas of the squad if they’re to compete for a Champions League qualification place this season.

A new wide forward appears to be on the agenda and Gakpo has emerged as a prime target in recent weeks. The 23-year-old has played a starring role for PSV and chipped in with 21 goals and 15 assists for the club last season.

He’s continued that superb form this campaign with three goals and two assists in his first four appearances, while he’s also broken into the senior Holland team having previously represented his country at various youth levels.

Gakpo’s form has caught the attention of clubs here in the Premier League as the Daily Record says Leeds United have tabled an offer while Arsenal are also showing a keen interest in the winger.

However, it looks like Manchester United are about to step-up their pursuit of the player as the newspaper says the Red Devils are expected to submit their opening offer for Gakpo this week.

The Daily Record adds that ten Hag is ‘pushing’ for a deal to be wrapped-up swiftly and with PSV valuing their star man at around £50m, United will have to dig deep if they want to agree a fee with the Eredivisie giants.

However, ten Hag will be disappointed to learn that PSV have no intention of selling their star man until after their Champions League play-off double-header with Rangers – which won’t be settled until the 24th August.

So it looks like Man Utd will have to be patient if they want to sign the Dutch international this summer as any deal won’t be sanctioned by PSV until the latter stages of the transfer window.

Gakpo may be worth the wait as he’s developed into one of the hottest young attackers in Europe. He is predominantly used from the left at PSV but can play on either wing so he’d give ten Hag options in the final third.