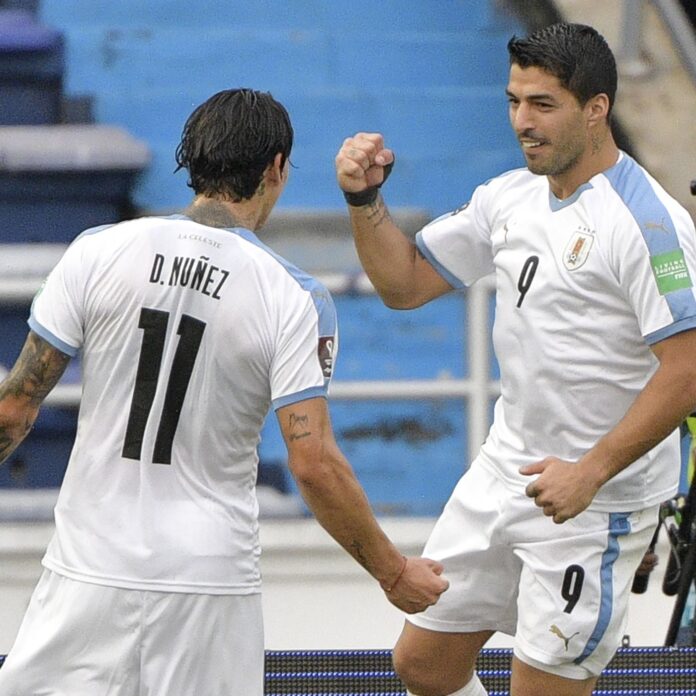 Luiz Suarez revealed he warned  Darwin Nunez he will be a marked man both on and off the field following his nightmare home debut against Crystal Palace on Monday.

The Uruguay international has already established himself as a cult hero following his club-record move from Benfica earlier this summer.

Nunez wreaked havoc against Manchester City in the Community Shield, scoring the clinching goal, and was also on target against Fulham a fortnight ago after coming off the bench to help salvage a draw.

The 23-year-old earned his first start against Palace earlier this week but his Anfield bow ended in disaster after he was sent off shortly before the hour mark for headbutting Joachim Andersen.

Jurgen Klopp will now be without his new centre forward for three matches, including Monday’s heavyweight showdown against Manchester United at Old Trafford.

Suarez, no stranger to controversy over the course of his eventful Liverpool career, revealed he has been in touch with his compatriot to warn him of the perils that could befall him should he become too distracted by the English media who he fears will be out to get him. With what happened to him the other day I was talking to him,’ Suarez told Telemundo.

‘He is just starting. ‘He has to be aware that now they are going to look for him, double or triple, especially now he is in England. An idiot who thinks he never made a mistake will tell you you have done a bad thing.

‘It’s nothing serious, we’ve all made a mistakes and been sent off. But in England they make everything greater than it really is.