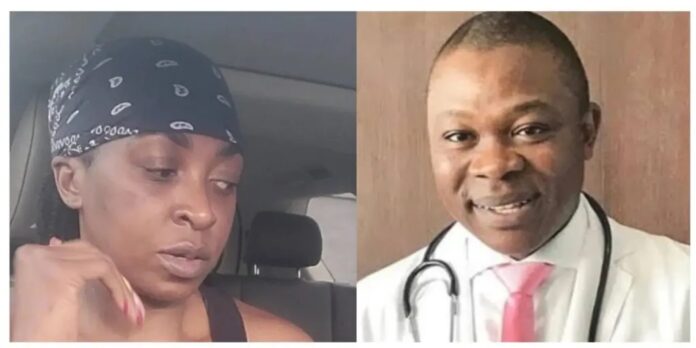 Nollywood actress, Kate Henshaw has exposed a popular Lagos medical doctor, Femi Olaleye for allegedly molesting his wife’s niece for a period of one year and nine months.

The Press Nigeria reports that the actress in a lengthy video shared on her Instagram page disclosed that Olaleye, who is the founder of Optimal Healthcare Company, had approached her to partner with his medical foundation against cancer.

The single mother of one noted that she had worked in an advocacy capacity with the medical practitioner and she has been friends with his family.

However, the duo recently met at an advocacy event where women were to get free screening at Lagos Island and she asked Femi about his wife, who was absent.

According to the actress, Femi opened up to her about how their marriage has crashed, stating that his wife knew his weakness and decided to set him up by bringing a 15-year-old girl into the house, and he had sexual relations with her.

Kate noted that the doctor admitted to her that he committed the offence and she later spoke to the wife who gave details of how the girl was deflowered and threatened to remain silent over the issue.

The actress further insisted that Femi confessed everything to her, adding that he will not get away with the crime.

She captioned the video: “I have always advocated ZERO TOLERANCE on gender based violence and child abuse.. My stance will never change as long as I live… @drfemi I have supported your work for many years.. I have been to your home and celebrated your birthday with you and your family.

“Calling me a liar after admitting to my face what you did smacks of disrespect to my person.. You molested a minor… This may not even be your first time.. I am calling on all others whom you have assaulted to come forward and make sure that you pay for the crimes you have committed.”