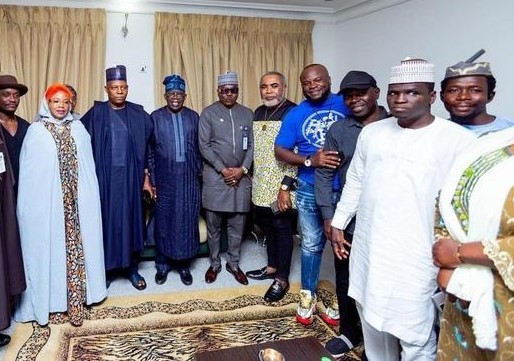 The All Progressive Presidential Candidate, Bola Ahmed Tinubu has appointed Zack Orji, Jide Kosoko, Foluke Daramola, Fathia Balogun, and other actors into the Presidential Campaign Council of the APC.

The Nollywood actors were all appointed to the Performing Arts Directorate of the presidential council.

In the full list released by the campaign council late Friday, Zack Orji was appointed as the Director while Naaba was given the role of Deputy Director.

Jide Kosoko got the role of secretary while and he is to be assisted by Gentle Jack.

Benedict Johnson was appointed as spokesperson while Saheed Balogun bagged the role of Assistant Spokesperson.

See the list of the individuals and their roles below: