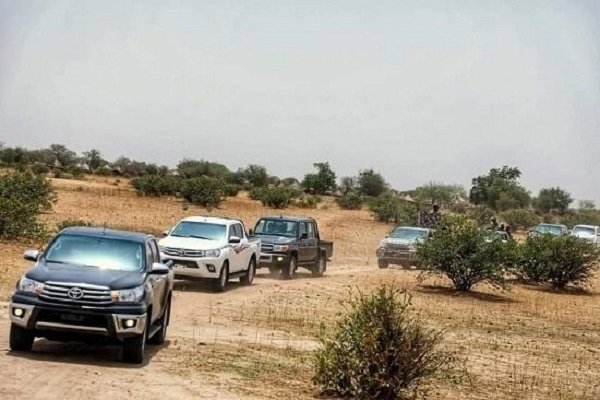 According to SaharaReporters, security sources said that the terrorists attacked the convoy along Maiduguri-Damaturu Road while it was traveling from Abuja for a presidential campaign in Maiduguri.

Former Governor of Lagos State, Bola Tinubu; Former Minister of Transportation, Rotimi Amaechi, and Tein T.S. Jack-Rich, all presidential aspirants of the APC were in Borno during the weekend.

A police source said; “The officers were from Abuja, not Borno command. They were attached to one of the presidential aspirants visiting Borno on Sunday but I can’t confirm which of the aspirants (was involved) currently.

“The insurgents also burnt two patrol vehicles they were traveling in. Two of the policemen died on the spot while one died later at the hospital. Four others are currently hospitalized.”

Meanwhile, ISWAP has claimed responsibility for the attack and said 7 policemen were killed during the ambush.