Insecurity: Only 9% of military budget goes to capital purchases – Gbajabiamila 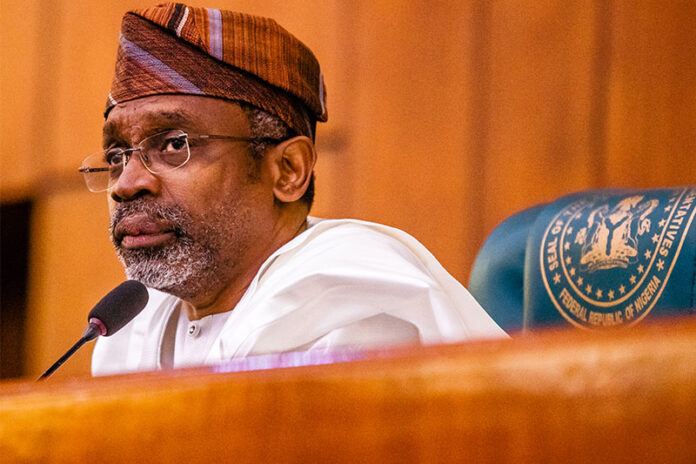 The Speaker of the House of Representatives, Hon. Femi Gbajabiamila, on Monday said that based on appropriation records, about 91 per cent of current funding to the Armed Forces go on recurrent overhead, salaries and welfare, leaving only nine per cent for capital purchases.

This is as he said that the country is at war against insurgency, terrorism, kidnapping and all manner of insecurity; hence the need to uplift the resources available to the Armed Forces to enable them procure the best tools to help win the war.

The Speaker also disclosed that the House will next week host a five-day special summit on national security, to take an all-nation and all-government approach by examining extensively non-military solutions to insecurity.

Gbajabiamila stated these while delivering his keynote address in Abuja at a one-day public hearing on the Armed Forces Support Trust Fund Establishment Bill 2021.

The House had, on February 27, 2020, moved to address the funding needs of the Armed Forces by passing for second reading a Bill to create a special support fund for the Armed Forces of the federation.

The Speaker, who was represented by the House Leader, Hon. Ado Doguwa, said these realities prompted the lawmakers to seek a way of providing funds that will be focused on the capital needs and training of the Armed Forces.

Gbajabiamila said that Nigeria’s expenditure on military hardware and training in the last five years hovers between a paltry nine to 11 per cent of the total annual budgetary allocation to the Armed Forces.

This, he said, is grossly incapable of empowering the military to face the security challenges in the country especially the insurgency in the North-east.

He stressed that if Nigeria must develop, then there’s need to get the security estate right by ensuring that the military is adequately equipped and well trained.

He said the importance of the proposed legislation is evidenced by the dwindling resources available to the Armed Forces of Nigeria to prosecute the various security operations it is involved in, which requires innovative ideas to raise additional funds without placing any burden on Nigerians, in support of the Nigerian military.

Gbajabiamila said: ”The solution to our security challenges requires asymmetric actions across many policy areas. To succeed in this fight, the Armed Forces of Nigeria requires more funding for modern weapons and required trainings. Spending on military hardware must definitely increase to support the zeal and commitment already being exhibited by our soldiers. The Armed Forces Support Trust Fund (Establishment) Bill, 2021 is a time limited endeavour to upgrade the equipment infrastructure of the Armed Forces in a deliberate manner that will better position them to be more effective in securing the nation.

”The myriad of security challenges facing the country has continued to dwarf every developmental effort put in by the government. No nation develops in a state of insecurity as currently being witnessed in Nigeria. This Bill has been crafted in ways that does not impose any direct additional burden on Nigerian citizens and businesses, but creatively make funds available through deductions from statutory receipts of the federal government as well as voluntary donations. I am happy to support this Bill because it will help reposition our military capabilities in ways that can only strengthen our national security. I agree that the solutions to our insecurity as a nation will not only be by military powers alone; but also, by non-military engagement and development of our communities.”

On his part, the Bill’s sponsor and Chairman, House Committee on Defence, Hon. Babajimi Benson, said the need for additional sources of funding for the Armed Forces became more apparent considering the myriad of security challenges facing the country.

Benson explained that currently, the Armed Forces receive its funding mainly through the annual appropriations made by the National Assembly, and in recent times has continued to expand both in terms of personnel and the provision of platforms, weaponry and equipment to sustain its ever increasing operations.

He lamented that efforts in the past by the Armed Forces to procure the needed military hardware and provide requisite training to meet the challenges currently being faced has hit the brick wall due to limited financial resources.

Making reference to other countries such as United Kingdom, Russia, United States of America, the chairman said globally, no country adequately finances its Armed Forces solely through annual budgetary allocations and Nigeria ranks very low on the global defence spending, occupying fourth position in Africa, below Algeria, Morocco and South Africa despite its numerous security challenges.

He said when the Bill becomes law, the Armed Forces is expected to have additional resources for its use.

He assured his audience that the Bill has been designed in such a way that there will be no new direct financial burden on any Nigerian or businesses, adding that it is only appropriate for Nigerians to expect better outcomes and improved oversight by the House.

Benson said: ”In 2020, while Nigeria spent only $2.6 billion on its military, Algeria, Morocco and South Africa expended $9.7 billion, $4.8 billion and $3.1 billion respectively to fund and equip their military. Coping with the modern security challenges being faced in Nigeria today is, no doubt, an enormous task that requires contemporary, robust, weII-trained, well-equipped and efficient Armed Forces. The revenue sources are mostly statutory deductions as well as voluntary donations.

”As your representatives, we are sensitive to the hardship in the land. We are also aware of the resultant backlash from the public on our military as a result of failure to effectively address the prevailing security challenges. No doubt, this bill will place even more burden of social accountability and trust on the Armed Forces of Nigeria. While that is understandable and expected, this is the time for citizens to rally behind our military. They need all the support they can garner to effectively tackle these challenges and ensure the protection of lives and property of all Nigerians.”