Ikpeazu and Ortom “suffered” for their loyalty-Wike 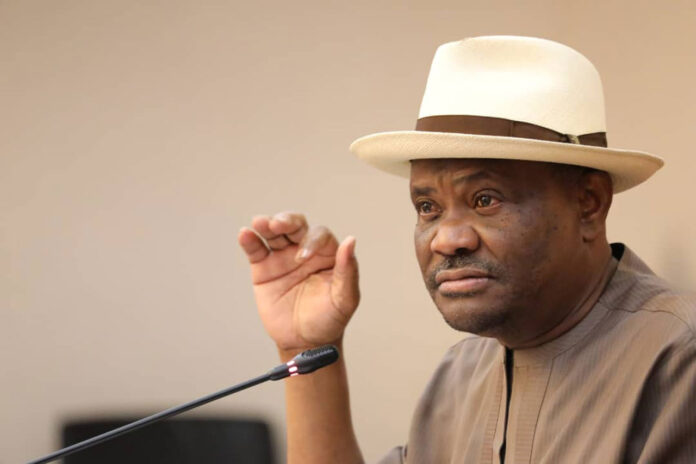 Nyesom Wike, the governor of Rivers State, has vowed to name and shame any individuals who obstructed the Central Bank of Nigeria’s loan to the states of Abia and Benue.

He claimed that the goal was to avenge himself for siding with him in calling for the resignation of Iyorchia Ayu, the national chairman of the People’s Democratic Party, and for punishing Governors Samuel Ortom and Okezie Ikpeazu.

Wike spoke at the 58th birthday celebration of Ikpeazu in his country home of Umuobiakwa community in Obingwa Local Government Area on Tuesday.

This was contained in a statement issued by Media aide to Wike, kelvin ebiri, and made available to newsmen in Port Harcourt on Wednesday.

“Because Ikpeazu supported me, they went and stopped Abia state from getting the money they are supposed to get to develop Ariara market.

Wike, who was the special guest of honour at the event, was accompanied by former governor of Ekiti State, Ayodele Fayose.

Wike explained that the CBN loan was a facility that is made available to every state of the federation, pointing out that Rivers State Government had accessed and secured the loan already.

“I will tell all of you, how Abia and Benue States were denied of their money that every state had gotten from the Central Bank of Nigeria.

“I got it (CBN loan). And anybody who dare to stop my money, they know, I will not take it from them. You can see how people are wicked, they are not in office yet, but they are fighting people, stopping states money.

“Even as we have criticized President Muhammadu Buhari, he has never stopped our money any day, never.”

He added, “Let me tell all of you here, let me use the opportunity and Nigerians will hear. I never told him I will say this.

Wike, who restated his position on the internal crisis within the Peoples Democratic Party, said his allies demand was for inclusivity, wherein every region is given a sense of belonging.

“So, I have told Ikpeazu to continue to be quiet and be a professor of proverbs. When we went to London, he told the person who called us to the meeting in London, you see this thing happening to PDP now is like that ship that wanted to capsize carrying Jonah.

“So, as the ship was going down, they went to Jonah, who said it’s me, it’s not the ship, and they took Jonah out of the ship. Jonah did not die.

“The ship stabilized. So, why not throw this Jonah out so that the ship can stabilize.”