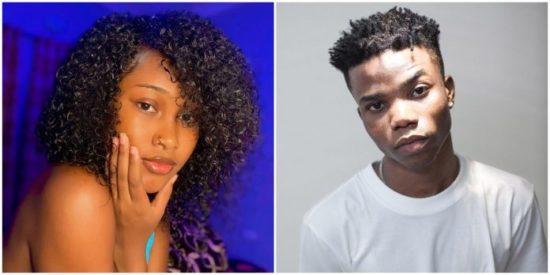 Nigeria music star, Lyta has been called out by his alleged girlfriend days after he reunited with his baby mama.

It would be recalled that Lyta has been in the news for the past few months with his baby mama, Kemi Ayorinde, calling him out on numerous occasions.

However, both parties have sorted out their differences with Kemi Ayorinde now back in the arms of Lyta alongside their child.

Seemingly because of this,

Lyta has been called out by a lady who claimed to be his girlfriend on social media.

According to the lady, Lyta promised him the world but he ended up betraying their love by reuniting with his baby mama.

The beautiful lady also shared a video of some memorable moments she had with Lyta before he decided to walk out of the relationship and reunite with Kemi Ayorinde.