Graham Potter admits Chelsea job was ‘too big to turn down’ 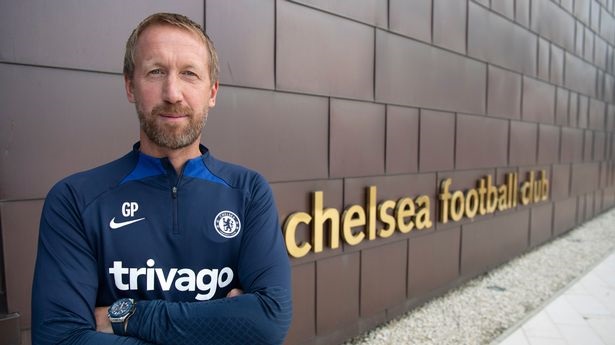 Graham Potter has said that Chelsea job was too big of an opportunity to turn down in his first press conference as the club’s new head coach.

Speaking to the press ahead of his first game as the Blues boss – against RB Salzburg in the Champions League – Potter admitted that, while it was difficult to leave Brighton, he simply couldn’t turn down the opportunity to take over in west London.

“I’m not going to lie, it’s been a whirlwind in terms of leaving Brighton,” Potter admitted. “The job is too big to turn down, it felt right for me.”

When asked about what he believes will be his main job at the club, Potter replied: “My main job is to help the players that are here and put a team on the pitch that the supporters can be proud of.

“I can promise that I will do my best every single day. We want a balanced between attack and defence. We want to create our own team, our own identity. We will fight every day for it.”

The 47-year-old also took the time to discuss managing his first game in the Champions League – having previously experienced life in the Europa League with Ostersunds – and admitted that the occasion will mark the first time he’s been at a top level European game in person.

“My experience [of the Champions League] is just as a supporter,” Potter admitted.

“Going through the Europa League groups was a fantastic experience of European football, but you’re right this is an amazing evening for us [playing in the Champions League]. Off the top of my head, I don’t think I have [been to a Champions League game], so it’s a good time to go in the dugout, why not?

“I respect everything that this club has achieved. Wherever we start is going to be brilliant, so why not start here [in the Champions League].”