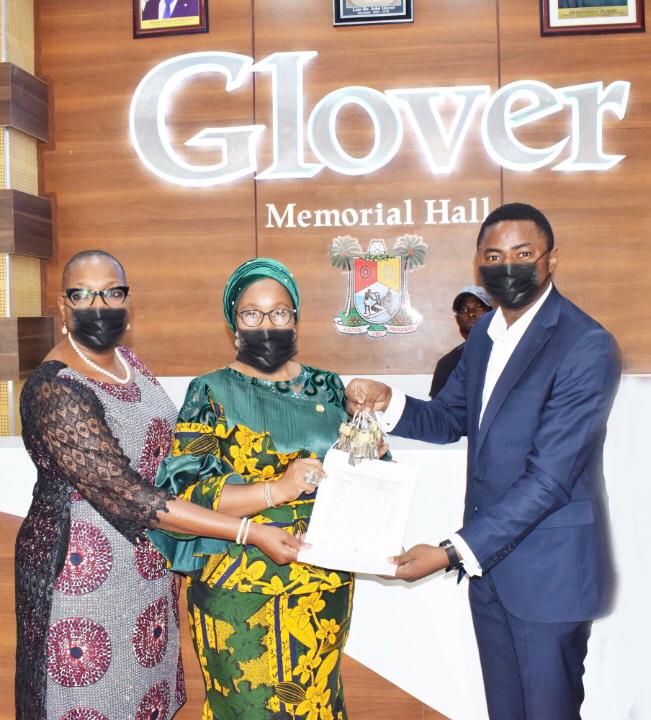 Following the completion of the newly refurbished Glover Memorial Hall (GMH) by the Lagos State Government and the subsequent commissioning of the facility by Governor Babajide Olusola Sanwo-Olu earlier in March 2021, the Project Contractor, Sustainable Procurement Services Ltd, officially handed over the facility to the State’s Ministry of Tourism, Arts and Culture.

The brief hand-over ceremony between the contractor and top officials of the Ministry of Tourism, Arts and Culture was led by the Commissioner, Mrs. Uzamat Akinbile-Yussuf and the Permanent Secretary, Princess Adenike Adedoyin-Ajayi.

Receiving the keys of GMH from the Project Contractor, the Commissioner disclosed that the State Government has equally engaged the services of a Facility Manager for the Hall.

She declared that the Hall is now officially open for patronage from members of the public, just as she assured residents of the State to be on the lookout for series of shows that would be hosted at the Glover Memorial Hall subsequently.

While thanking the contractor for delivering the project, Akinbile-Yussuf tasked the Facility Manager to ensure proper maintenance of all the equipment and the entire building so that it can continue to serve its intended purpose.

She explained that the engagement of a Manager will allow the Ministry to focus on its other mandates, while also overseeing the management of the Glover Memorial Hall Facility.