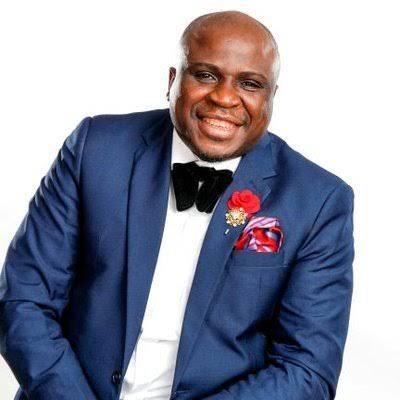 After 12 years of touring other South West states of Nigeria with top-notch entertainment, ace Comedian Gbenga Adeyinka is set to finally stage a return to Lagos with his hit comedy show, Laffmattazz.

The Laffmattazz Bursting Loose 2022 Tour will kick-off in Ibadan on Easter Sunday, before moving to Akure, Oshogbo, Ekiti, Abeokuta and finally Lagos in a show he tags LAGOS AT LAST.

Laffmattazz with Gbenga Adeyinka & Friends started in Lagos about 16 years ago, offering three editions before it was literally hijacked by other South West states. The show holds in at least five different states every year.

The soar-away show, which has been dubbed a laugh therapy for Nigerians, has consistently been sold out, with high profile performances from the country’s best entertainers.

Gbenga Adeyinka explained that “I have always wanted to bring out the best of comedy in the South West, knowing fully well that comedy is deeply rooted in this region from the days of our fathers who are without doubt legends of the trade, hence my decision to go on a tour of the region with my friends in the entertainment world.”

Adeyinka, however added that bringing the show back to Lagos is imperative, considering persistent requests from his fans and fun lovers, who have endured the absence of the hottest comedy event in Nigeria for 12 years.

“Within the 12 years that Laffmattazz was touring South West states, we have been inundated with calls and messages requesting that we bring it back to Lagos. And I’m glad to announce that we are finally back in Lagos with a bang this year.

“We are coming back with a bang this year. It’s been 12 years of sharing Premium Entertainment across the South Western region of our great nation, Nigeria. Ibadan will be the first city to set the pace and enjoy what my team and I have planned,” Adeyinka hinted.

This year’s Laffmattazz tour promises to be the best ever, as a pot-pouri of activities have been lined up to complement the unique standard the show is already known for.

Gbenga Adeyinka’s dream was to build a platform for comedians of South West to ride on for excellence, and that has become a reality. Laffmattazz has discovered and nurtured a bunch of raw talents.

The multiple award-winning comedian added that there is still room for sponsorship and partnership for this year’s Bursting Loose Laffmattazz Tour.