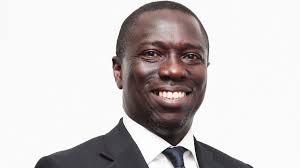 The Nigerian Economic Summit Group (NESG) has highlighted some of the major factors responsible for Nigeria’s economic crisis as well as proffered solutions to some of them.

The private sector-led think-tank and policy advocacy group in its analysis pointed out that the country is stuck in a confused economic situation with most economic indicators spiralling out of control, inflicting severe hardship on more Nigerians.

This was made known in a communique issued from the meeting of the Board of Directors of the NESG held on 26 July 2022, and signed by its Chairman, Asue Ighodalo.

The NESG said that the country’s economic growth was dominated by sectors with low contributions to output and weak job-creating capacity, while the oil sector remained in recession for 8 consecutive quarters, with headline inflation at 18.6% according to the National Bureau of Statistics (NBS).

It also stated that despite high global oil prices, Nigeria is not appropriating the benefits due to low crude oil production largely as a result of oil theft and pipeline vandalism, declining investment and divestment caused by oil theft, high cost of production, and a harsh operating environment.

Some solutions to identified factors contributing to Nigeria’s economic crisis include: