FLASHBACK: Nigeria on the Brink by Richard Grenell, former spokesman to four US Ambassadors to UN 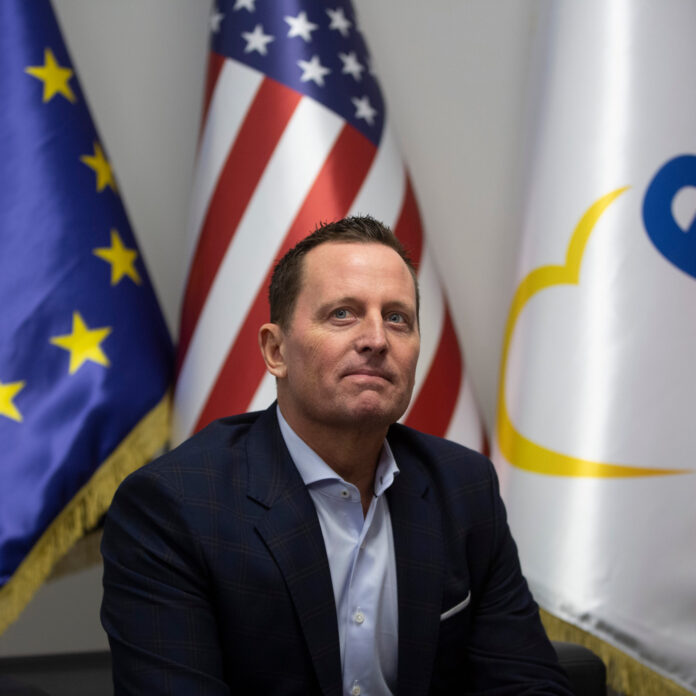 With the polls closed in Israel, international election observers now turn their attention to the Nigerian elections on March 28. The choice for the leader of Africa’s most populous country pits Goodluck Jonathan from the People’s Democratic Party (PDP) against Mohammadu Buhari of the All Progressives Congress (APC). The decision by the roughly 73 million registered Nigerian voters could have a profound impact on the future of Africa.

But Western foreign policy observers pre-occupied with the rise of ISIS in the Middle East should wake up to the reality unfolding in Nigeria. Opposition candidate General Buhari wants Sharia law throughout Nigeria. In fact, he wants it everywhere.

“I will continue to show openly and inside me the total commitment to the Sharia movement that is sweeping all over Nigeria,” Mr. Buhari said. “God willing, we will not stop the agitation for the total implementation of the Sharia in the country.”

Agitation? Is this an indication that Mr. Buhari supports violence because the end goal of the terrorist attacks throughout Nigeria and Africa is an Islamic state? It is a legitimate question that should be asked by leaders of the Obama administration.

Boko Haram has pledged its allegiance and support to ISIS. The Northern Nigerian based Islamic terrorist group wants Sharia law throughout Nigeria and beyond. They are also actively terrorizing Chad, Niger and Cameroon with their goal of an Islamic state.

Mr. Buhari has also spoken sympathetically about members of the terrorist group Boko Haram, has cautioned against a rush to judgement on its members and has personally been selected by the terrorist group to lead its negotiations with the Government of Nigeria.  Mr. Buhari’s election as Nigeria’s head of state would be a disaster for Africa. It would also signal trouble for the West’s fight against ISIS and terrorism throughout the Middle East.

Islamic radicals have Africa on their target list and young Nigerians are reported to be interested in ISIS’ messages. Nigeria is at a tipping point. Tunisia, where the Arab Spring uprisings began, saw a deadly Islamic terrorist attack at a popular museum killing 23 people this week. ISIS attacked a hospital in Libya within the last few days and Boko Haram killed 54 people with 4 suicide bombers in Nigeria last week. The West, and specifically the Obama Administration, needs to wake up to the growing problem.

The French government has been fighting ISIS in Africa for the past two years, starting in Mali but with little help from the Obama Administration. As terrorism grows in yet another region of the globe, American and Western officials should realize they are not stopping the advancements of Islamic radicals. Al-Qaida is not dead and ISIS is not a JV team.

The recent moves by the White House against Israeli leader Benjamin Netanyahu signal a willingness by President Obama and his team to intervene in foreign elections. The sitting President Goodluck Jonathan has committed to defeating Boko Haram and overseeing a free and fair election. The Nigerian economy has been growing faster than South Africa’s. Imagine what Nigeria could do for Africa if it was also free of Boko Haram’s violence. The Obama Administration should be doing more to ensure Africa’s most populous country doesn’t slip away.

Richard Grenell is a former spokesman for four United States Ambassadors to the United Nations, most recently Ambassador Zal Khalilzad.