EPL manager of the month nominees for September revealed 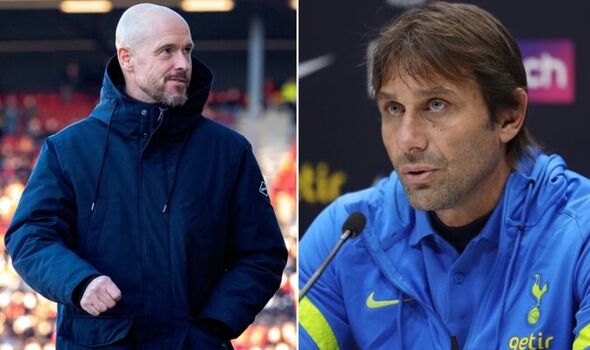 It was a reduced month of top flight football due to events surrounding the passing of Queen Elizabeth II, with each manager only taking charge of two games apiece.

However, the trio have been recognised as Tottenham, Bournemouth and Manchester United all enjoyed fruitful results.

Conte’s Spurs were the top scorers in the Premier League in September as they netted eight goals, six of which came in the recent thrashing of Leicester.

O’Neil has worked wonders with a Bournemouth squad that was thumped 9-0 at Liverpool before Scott Parker was sacked. The former West Ham midfielder has overseen a 3-2 win at Nottingham Forest – where they had trailed 2-0 – and a 1-1 draw at Newcastle.

Ten Hag has also overseen some dramatic improvement at United in recent weeks after a poor start. Leicester were beaten before the Red Devils ended Arsenal’s unbeaten start to the season with a 3-1 victory at Old Trafford.

Mikel Arteta won the award for August, having guided the Gunners to five wins from their opening five games, scoring 13 goals in the process.

While the MOTM shortlist is pretty brief, the selection of nominees for the Premier League Player of the Month award is a little more extensive.

Kevin De Bruyne is the leading contender among the six players, setting up three of Manchester City’s four goals in September. A goal and an assist see Pierre-Emile Hojbjerg nominated, while Marcus Rashford got the nod for being involved in a league-high four goals.