Emmanuel Dennis has completed the medical tests with Nottingham Forest. 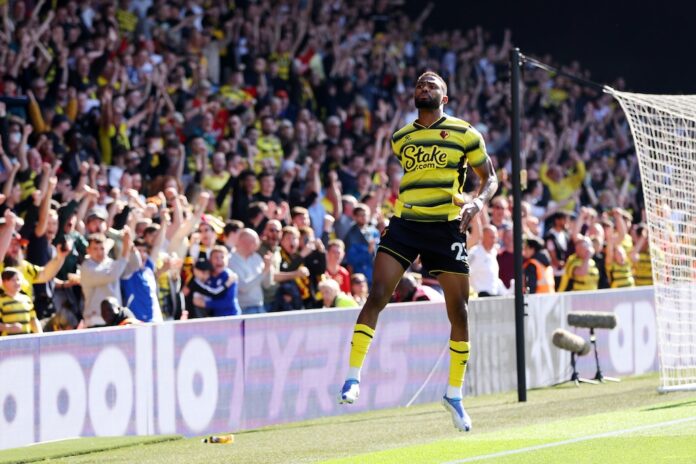 He’s going to sign a four year deal with NFFC and it is believed that a deal is agreed in principle for the sale, with final negotiations between the clubs ongoing. the personal terms have been agreed and medical has been done.

The Nigerian player who scored 10 league goals in 35 appearances for Watford last season as been one of the three players that Nottingham Forest have been keeping close tab on, and finally it’s a done deal for them with NFFC. The exact structure of the proposed transfer is unclear but the total fee inclusive of add-ons is understood to be around £20million

Dennis is expected to sign a four-year deal for Nottingham Forest and become the club’s thirteenth signing of the season.

The Reds are also expected to complete the signing of Cheikhou Kouyate in the coming days. This will take their summer signings to 15, the highest by far in the division.

Nottingham Forest lost 2-0 away at Newcastle on opening day with Steve Cooper’s side expected to host West Ham on Sunday at The City Ground.