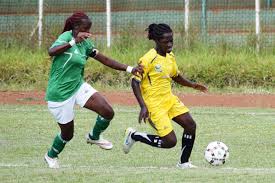 Egypt will be the host country for the inaugural CAF Women’s Champions League finals, the Confederation of African Football (CAF) announced in Kigali on Saturday.

The decision was taken at an executive committee meeting of the African football governing body which ended on Saturday in the Rwandan capital.

Following the launch of the continental competition in 2020, the Women’s Champions League is scheduled to be staged between October and December annually.

Seven teams will qualify for the final tournament through zonal qualification to join the top club from the host country, who gains automatic qualification.