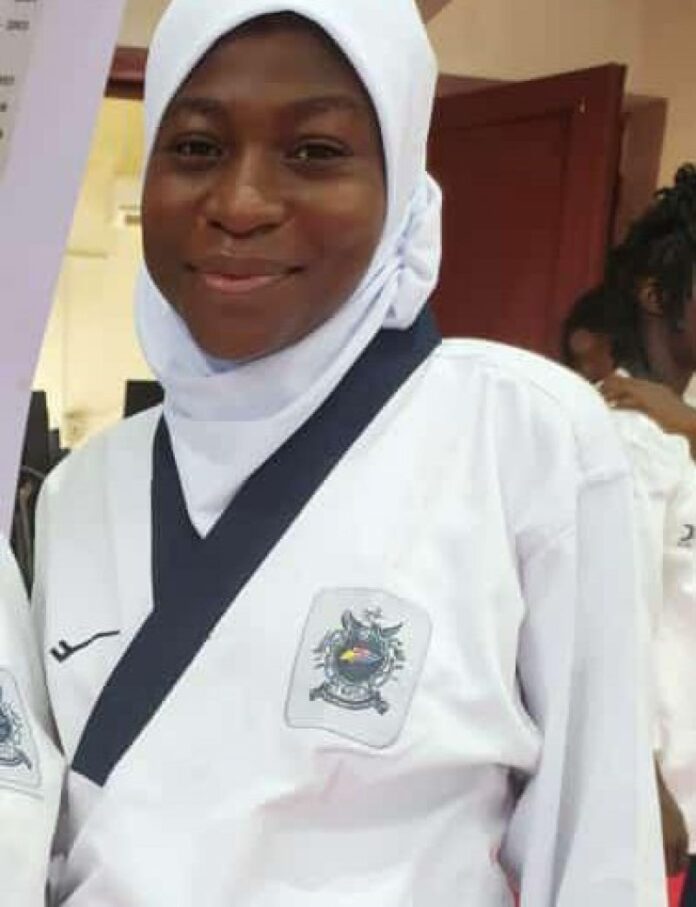 In a rare show of bravery, a 8-month old pregnant Aminat Idrees has won Lagos State its first gold medal at the ongoing National Sports Festival in Benin, Edo State.

Aminat Idrees who is 8 months pregnant won gold in the Mixed Poomsae category in Taekwondo alongside her male counterpart, Arowora Roqeeb.

She also won Silver in the female team Poomsae category and an individual bronze in the same category making her one of the leading medalists at the festival.