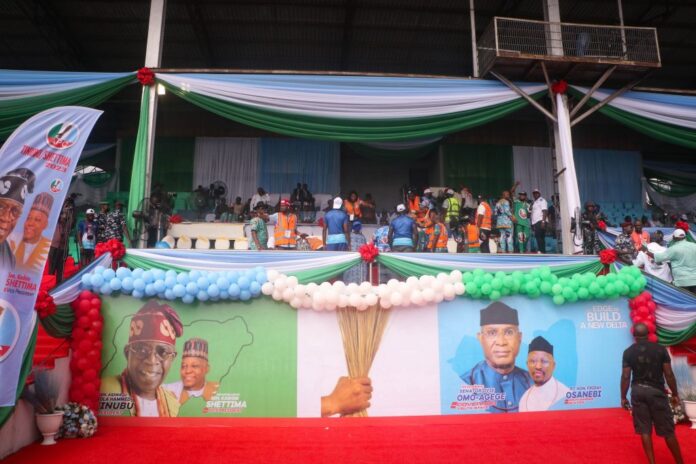 Warri, one of the commercial cities of Delta State, is set to host Asiwaju Bola Ahmed Tinubu, the Presidential candidate of the All Progressives Congress (APC).

The APC candidate will be accompanied by his running mate, Kashim Shettima, as they storm the oil-rich city to share their plans with the people of the south-south.

This campaign is going on despite the many criticisms thrown at Tinubu, a former Lagos State Governor, on the social media.

Recall that Asiwaju, as the APC strongman is fondly called, officially flagged off his presidential campaign in Jos, Plateau State a few days ago.

He has since met with Christian Association of Nigeria (CAN) leadership in Abuja and businessmen in Imo State before the switch to Delta State.

Pictures Below: Rally scheduled to hold inside the Warri Township Stadium: