Court to gives verdict on Seriki’s case today as Adebutu, Sowunmi and others to know their fate 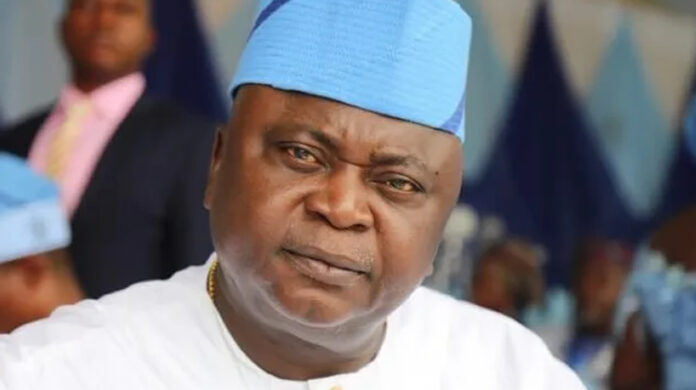 Prince Seriki and his Co – plaintiffs are seeking the Court’s explicite order to enforce their rights as the rightful and legitimate PDP candidates for the 2023 general elections in Ogun State.

Anxiety and apprehension appeared to have heightened in the polarized and crisis – ridden Ogun State chapter of the People’s Democratic Party (PDP) as a Federal High Court sitting in Abeokuta, the state capital, is poised to deliver its verdict on a suit filed by Prince Adesegun Seriki and three others against Independent National Electoral Commission (INEC) and the PDP.

The case is before Justice Oguntoyinbo J of the Federal High Court Abeokuta.

Justice Oguntoyinbo is expected to deliver the court’s judgement on the suit this morning.

Before now, the case had witnessed series of adjournments, parts of which were done for the defendants to be served the court processes and to also avail them the grace to reply same within a reasonable time frame in a suit that was time bound.

The Newspaper reports that in June this year, counsel representing the claimants in the said suit marked FHC/AB/CS/83/2022 mentioned the matter and requested for a definite date to hear the interlocutory application dated 2nd of June, 2022.

The court in its response observed that the defendants were still within time frame to respond to the motion on notice, having been served on the 15th of June 2022 as evidenced in the proof of service by the Court.

The court, however, noted that due to the fact that the suit was time bound, it would be needful not to allow itself be bogged down with interlocutory ruling but would be inclined to hear the substantive originating summons itself.

The claimants’ counsel; D.A Awosika, SAN, agreed unequivocally with the position of the court that a date for hearing of the substantive originating summons be given and hearing notice be issued the respondents.

The matter was, therefore, adjourned to June 28, 2022 for hearing and proceedings on the matter followed afterwards.

The reports that the claimants in this suit are basically seeking for declaratory reliefs adjudging them PDP rightful candidates for the next year general elections in Ogun State on the grounds that the judgments of Buba J in FHC/L/CS/636/2016 between Engr. Adebayo Dayo and other against the INEC and 5 others delivered on the 24th of June 2016; FHC/ABJ/CS/1323/2018 between PDP and two others against Senator Buruji Kasamu and 21 others delivered by Abubakar J on the 6th of March 2019; and FHC/ABJ/CS/208/2020 between PDP and Engr. Adebayo Dayo and 8 others delivered by Mohammed J on the 21st of July, 2020.

The claimants’ kernel of argument is that it is the Ogun State PDP Executive Committee that had the legitimacy to conduct the last primaries to elect PDP candidates for the 2023 general elections and not the National Executive of PDP as was done by the National Working Committee (NWC) of PDP between May 21st-26th of 2022 in defiance of the aforesaid judgments.

The verdict of the court today may have far reaching consequence on Ogun State PDP in respect of her motley of conflicting/parallel candidates for the 2023 general elections in the state.

Should the justice of the case favours Prince Adesegun Seriki and others as they had prayed and hoped, it may put the candidacy of Hon. Ladi Adebutu and others in his camp already listed by INEC in jeopardy, including the deal recently perfected between Adebutu and the 2019 governorship candidate of the Allied People’s Movement (APM), Hon. Abdulkabir Adekunle Akinlade, who also doubled as Baba Ijebu son’s running mate in March 2023 gubernatorial race in the Gateway State.

The deal borders on how Adebutu and Akinlade will share spoils of office among their cronies and loyalists if elected as Governor and Deputy Governor of Ogun State in 2023.

Others who may be affected by the outcome of Seriki Case include Otunba Segun Sowunmi, who is also laying claim to being the PDP governorship candidate in the state.

The document, titled ” Alliance Agreement” surfaced on different social media platforms days detailing how Adebutu and Akinlade had planned to share positions and privileges if elected.

In it’s reaction, the group, through a statement signed by its Publicity Secretary, Thomas Ishola, described the document as a manifestation of fraud and cluelessness.

It argued that by the import of the document, it shows that the original motive of the duo and their party, the PDP was purely ‘business’ and far from governance, adding that the document also exposed the two politicians as nitwits and clueless, without iota of intelligence and capacity for governance.

According to the statement, the reactions that trail the said document from all over the world should have given the duo of Adebutu and Akinlade the clue of their fate in the forthcoming election in the State.

“By the import and tone of the alliance agreement between Adebutu and Akinlade of the PDP in Ogun State, it shows the duo are rogues in Agbada, unrepentant political jobbers, who are totally bereft of little idea of governance other than power and money.

“This dubious document had brought serious embarrassment to Ogun State and the good people of the State since it surfaced on different social media platforms on Friday.

“We make bold to say that the duo of Adebutu and Akinlade are the worst of politicians we have in Ogun State, they are not even fit to be elected as ordinary councilors not to talk of governors and deputy governors.

“It is now incumbent on Ogun electorate to shine their eyes and never fall for the gimmicks of megalomania who is sponsoring a surrogate as a way of sneaking back to Oke-mosan, neither a combination of ‘ Awon Didirin Agbalagba Meji’ in PDP”, the statement read.