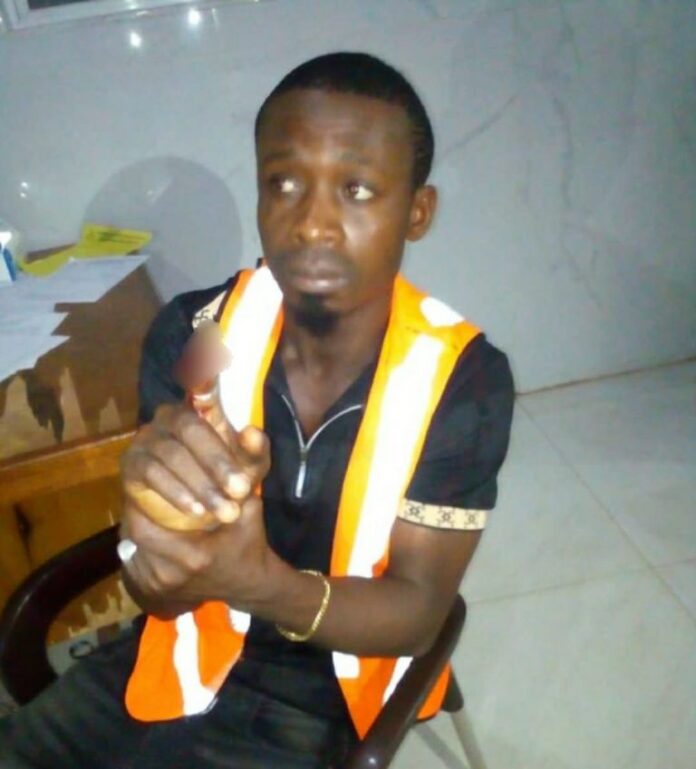 On Tuesday, A commercial driver, whose name has not been disclosed, bit off the finger of a member of the Ebonyi State Ministry of Capital City Development, Iboko Kenneth, and swallowed it.

The incident occurred at the Onuebonyi Junction in the Abakaliki metropolis.

Iboko, although not a staff of the ministry, was engaged by the task force unit to enforce no parking and loading order of the state government.

The victim had been rushed to the emergency unit of the Alex Ekwueme Federal University Teaching Hospital, Abakaliki for treatment.

Speaking with journalists in Abakaliki, the Commissioner for Capital City Development, Chief Onyekachi Nwebonyi, described the incident as horrible, unexpected and barbaric.

He said, “It is very unfortunate that a driver can attack a law officer who is trying to organise the state to the point of chopping off his finger. This is terrible, unexpected and barbaric.