Chelsea is considering Monchi for the position of sporting director. 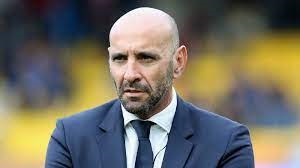 Chelsea’s search for a new sporting director continues as they look around the world for options, and one of the names they would love to lure to Stamford Bridge is Sevilla’s Monchi.

The 54-year-old has spent nearly 30 years as a player and executive with Sevilla, with the only time away from the club being two years with Roma between 2017 and 2019.

Monchi, long considered one of football’s finest sporting directors, has regularly been linked with a move to the Premier League in the past and has previously held talks with Manchester United and Arsenal.

Now, having seen approaches for Michael Edwards and Christoph Freund fail, Chelsea are continuing their hunt for a new sporting director.

Boehly had extensive contact with Monchi during the summer in Chelsea’s failed pursuit of Jules Kounde, who ended up signing for Barcelona, and was understood to be hugely impressed by the Sevilla director’s conduct.

However, Monchi’s interest in leaving Sevilla is currently unclear. He was persuaded to leave when he joined Roma in 2017 but spent just two years in the Eternal City before returning to Spain, and it remains to be seen whether he has any interest in leaving again.

Boehly’s focus is on finding the best fit for the club and has held talks with numerous candidates already. Moves for Edwards and Freund have failed but Chelsea have spoken to several other potential options, including Monaco’s Paul Mitchell.

Sources have also confirmed that the Blues have genuine interest in Bayer Leverkusen’s Tim Steidten and Leeds’ Victor Orta.