British woman discovers one year boyfriend was a scammer in Nigeria 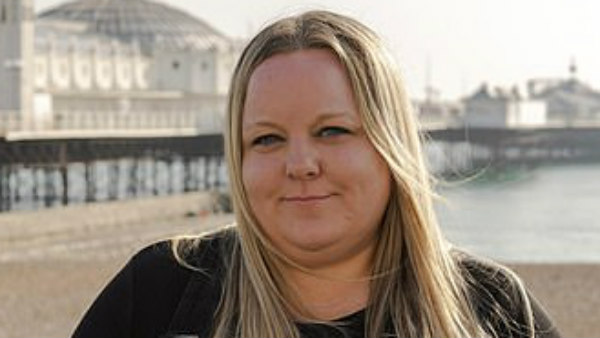 A British woman has discovered her boyfriend of a year was a scammer based in Nigeria who has conned hundreds of women out of thousands of pounds.

Emma, a mother of two from Brighton, revealed on the premiere of TV show Catfish UK that her online boyfriend Harlin ghosted out of the blue after spending a year chatting virtually.

The show is hosted by radio and TV presenter Julie Adenuga and journalist and author Oobah Butler.

After a video call with her supposed boyfriend, Emma was convinced his profile was legitimate – despite him constantly asking her to send over £50 at a time, claiming he needed internet while overseas in the military.

The hosts discovered Harlin was not who he claimed he was when they tracked down the true owner of the social media pictures.

They also discovered he had conned other vulnerable women through romance fraud.

“I met Harlin on a dating site on the internet,” Emma explained ahead of the devastating discovery. “I’ve never been on there before. He seemed very interested and like a real gentleman and he worked for the Navy.”

She added that he made her feel special and that he was “good-looking and attractive.”

Upon meeting the hosts, Emma revealed that Harlin had shared intimate details of his life with her while chatting, and had told her he loved her over text, reports Daily Mail.

She, however, grew suspicious of Harlin after discovering that multiple other profiles were using his photographs – all using different names and ages.

After confronting him about the profiles, Harlin video-called Emma while she was in the car with her children, and after Emma hung up the call, Harlin stopped answering his phone and disappeared.

“I just want to know who was doing it,” she told the hosts. “They’ve taken a whole year out of their life, chatting to me asking about my day every day, it’s really strange. Why would anyone want to do that?”

“I had an inkling after he asked me for money, it was always £50 for internet was all he ever asked for, so he could talk to me I assumed.”