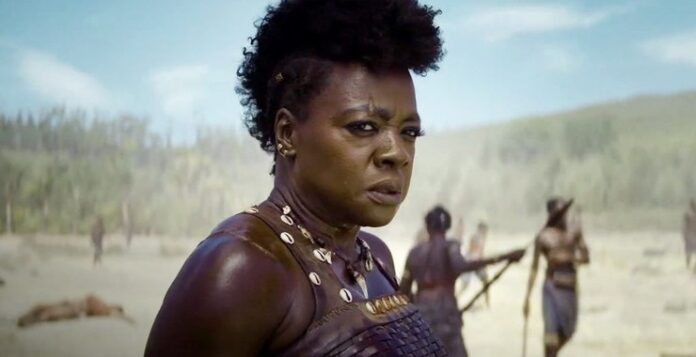 A stiff campaign has erupted on social media calling for movie lovers and the general public to shun the historical film ‘The Woman King’ which premiered at the Toronto International Film Festival, Canada on September 9.

The film has earned $19 million at the box office and still receives overwhelming encomiums from people around the world.

However, the controversy surrounding the film comes when African and Black community critics say it paints the involvement of African slave traders.

The film follows the story of the all-female military unit, known as the Agojie that guarded the West African kingdom of Dahomey from the 17th to 19th centuries.

Among the backlash on social media, specifically on Twitter, according to Los Angeles Times, are given below:

Twitter uses @EqualityEd wrote, “Let’s be honest folk. It’s (a) movie about an African tribe famous for selling slaves to Europeans that was made into a female empowerment story by two White women writers. You don’t have to be very ‘woke’ to see the problem here. #BoycottWomanKing.”

“Time to Boycott the Woman King movie. The film is about the Dahomey and Benin that traded slaves into the transatlantic. #BoycottWomanKing,” tweeted @tonetalks. “This may be the most offensive film to Black Americans in 40-50 years.”

However, American actress and Oscar winner, Viola Davis has responded to critics of her film asserting that it is completely historically accurate.

“First of all, I agree with [the film’s director] Gina Prince-Bythewood’s saying is you’re not going to win an argument on Twitter,” Davis said of the criticism in an interview with Variety.

“We entered the story where the kingdom was in flux, at a crossroads. They were looking to find some way to keep their civilization and kingdom alive. It wasn’t until the late 1800s that they were decimated. Most of the story is fictionalized. It has to be.”

Also, Davis’ husband, Julius Tennon who is also one of the movie’s producers also talked about the criticism.

“It’s history but we have to take a license. We have to entertain people. If we just told a history lesson, which we very well could have, that would be a documentary,” Tennon said. “We didn’t want to shy away from the truth. The history is massive and there are truths on that that are there. If people want to learn more, they can investigate more.”

The main point of contention by online critics is that the movie seemingly uplifts the women without fully acknowledging that the Dahomey tribe sold other Africans into slavery. Vanguard